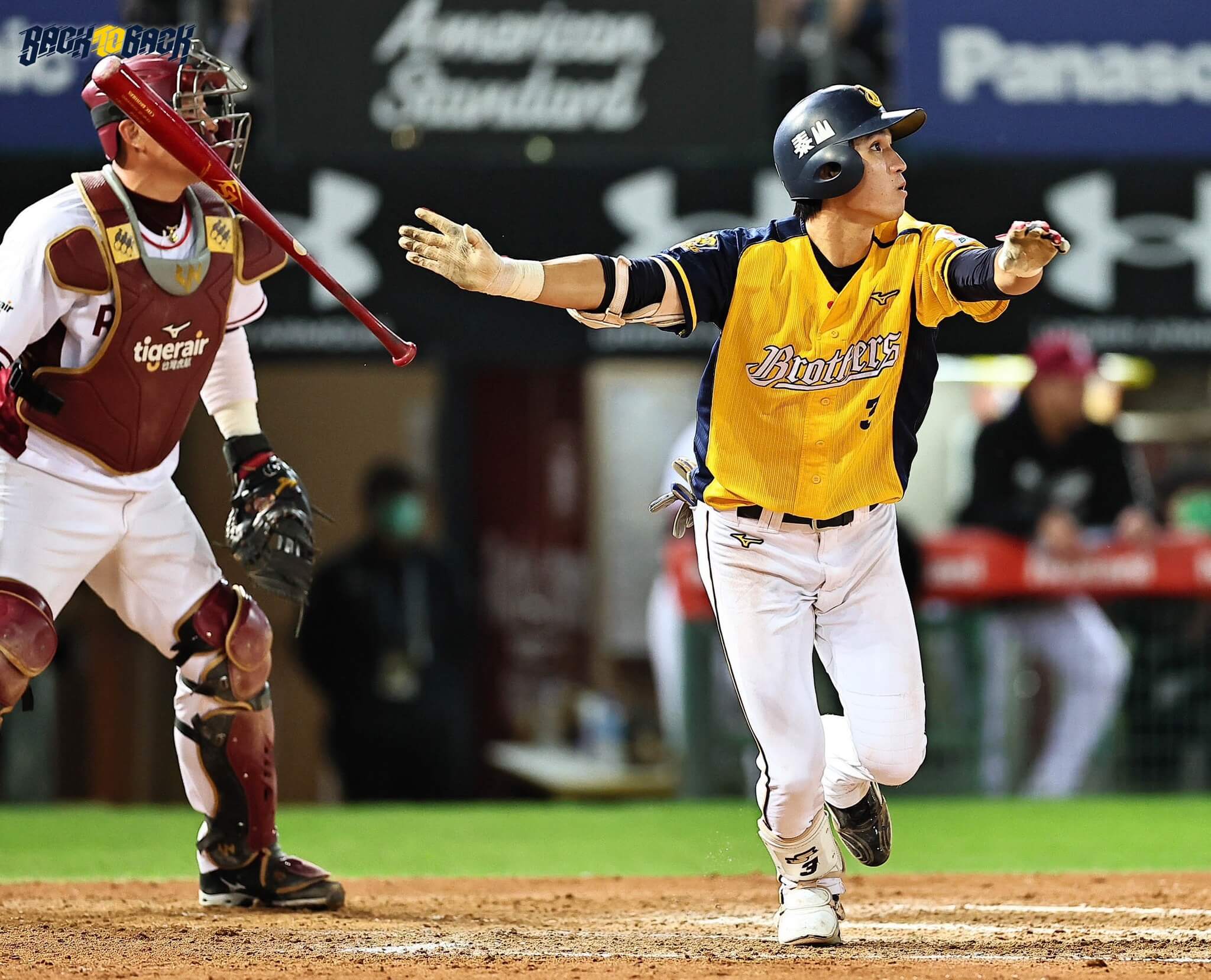 On November 5, the CTBC Brothers defeated the Rakuten Monkeys 5-3 and took the crucial Game One of the 2022 Taiwan Series.

“Let me know when it’s 100%,” said the Brothers’ manager Lin Wei-Chu to Liberty Sports. “The data is for reference only. Our job is to focus on every game in the Taiwan Series.”

The CTBC Brothers started their offence early in the top of the first inning with runners on first and second base after a leadoff single, followed by a sacrifice bunt and a fielding error.

With the runner in scoring position, the Brothers drew the first blood as their designated hitter Chen Tzu-Hao ripped a line drive single to left field and drove home the first run.

Shortly after, the Brotbers’ rookie Huang Wei-Sheng, who was making his Taiwan Series debut, plated another two runs with a single to give the Brothers a 3-0 lead.

Despite the rocky first inning, where he gave up three runs (one earned), the Rakuten Monkeys’ starter Dylan Covey ended up settling down and pitched into the sixth inning without allowing any more runs.

The Brothers’ starter, José De Paula, did his job as the team’s ace, went seven strong innings and limited the Monkeys’ lineup to just four hits. However, two of those hits were solo home runs by Lin Hung-Yu and Chen Chun-Hsiu.

In the top of the ninth, the Brothers added two more insurance runs with Chen Wen-Chieh’s 2-RBI double to make the score 5-2.

The Monkeys fought back in the bottom of the ninth, with Lin Hung-Yu hitting his second solo home run of the game. But it was not enough for the Monkeys. The Brothers took the victory 5-3 and won Game One of the 2022 Taiwan Series.

“Although we got an early three-run lead, the Monkeys’ lineup is still very dangerous,” said the Brothers manager. “They managed to hit three solo home runs off our pitching staff. There is absolutely no room for error until we record the final out.”

CTBC Brothers 陳文杰 (Chen Wen-Chieh) adds a few more insurance runs with his 2-RBI double in the top of the 9th. #CPBL pic.twitter.com/cslDIdzboE