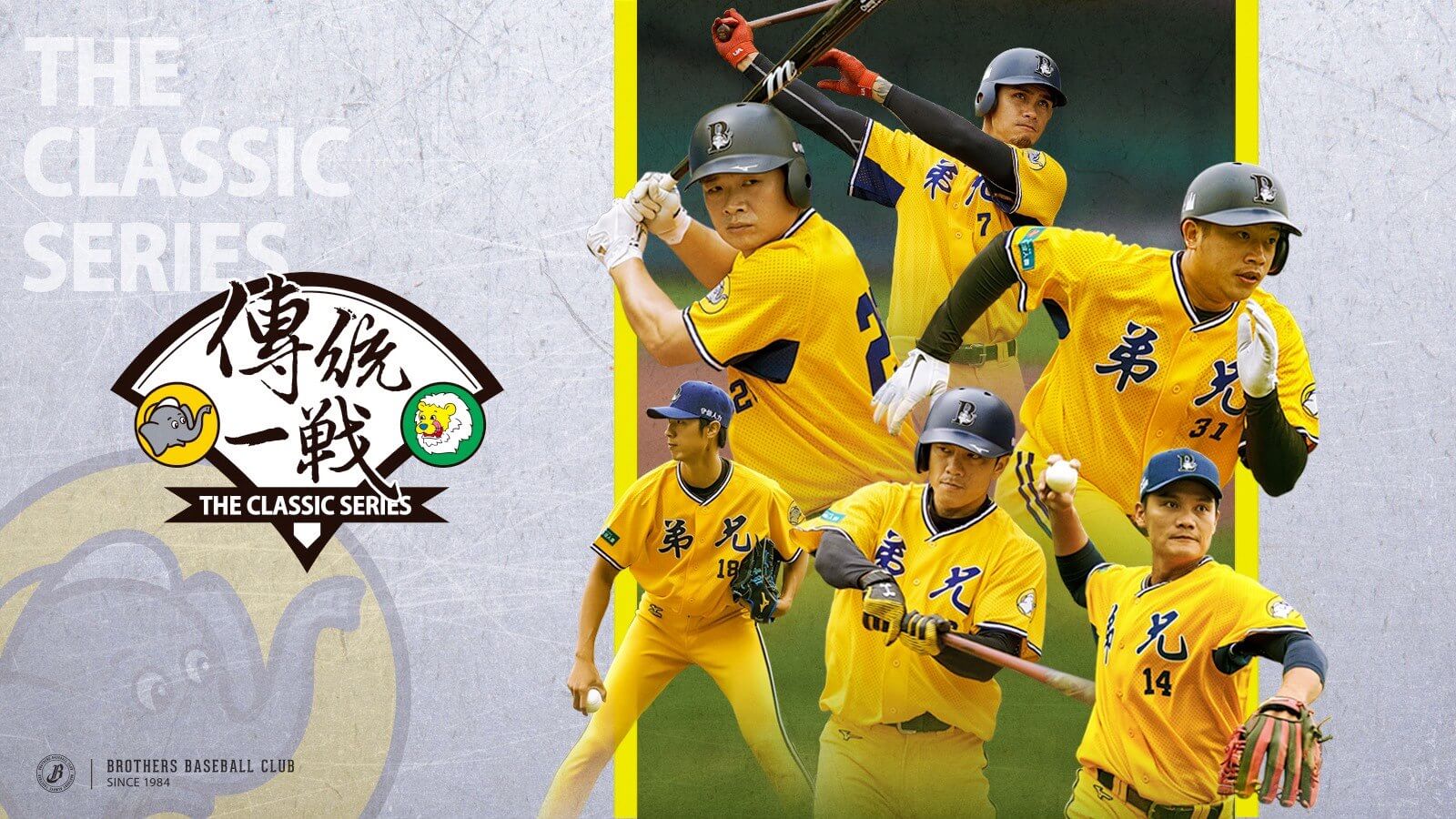 The Chinatrust Brothers have unveiled the throwback uniform the team will wear for the upcoming “Classic Series” against the Uni-Lions on April 20-21 and May 25-26.

The uniform is pretty much identical to the 2019 “Classic Yellow” apart from a few minor changes. The original Brother Elephants cartoon logo will be on the sleeve and the Taiwanese word for Brothers “兄弟” chest script is now reversed as “弟兄”. 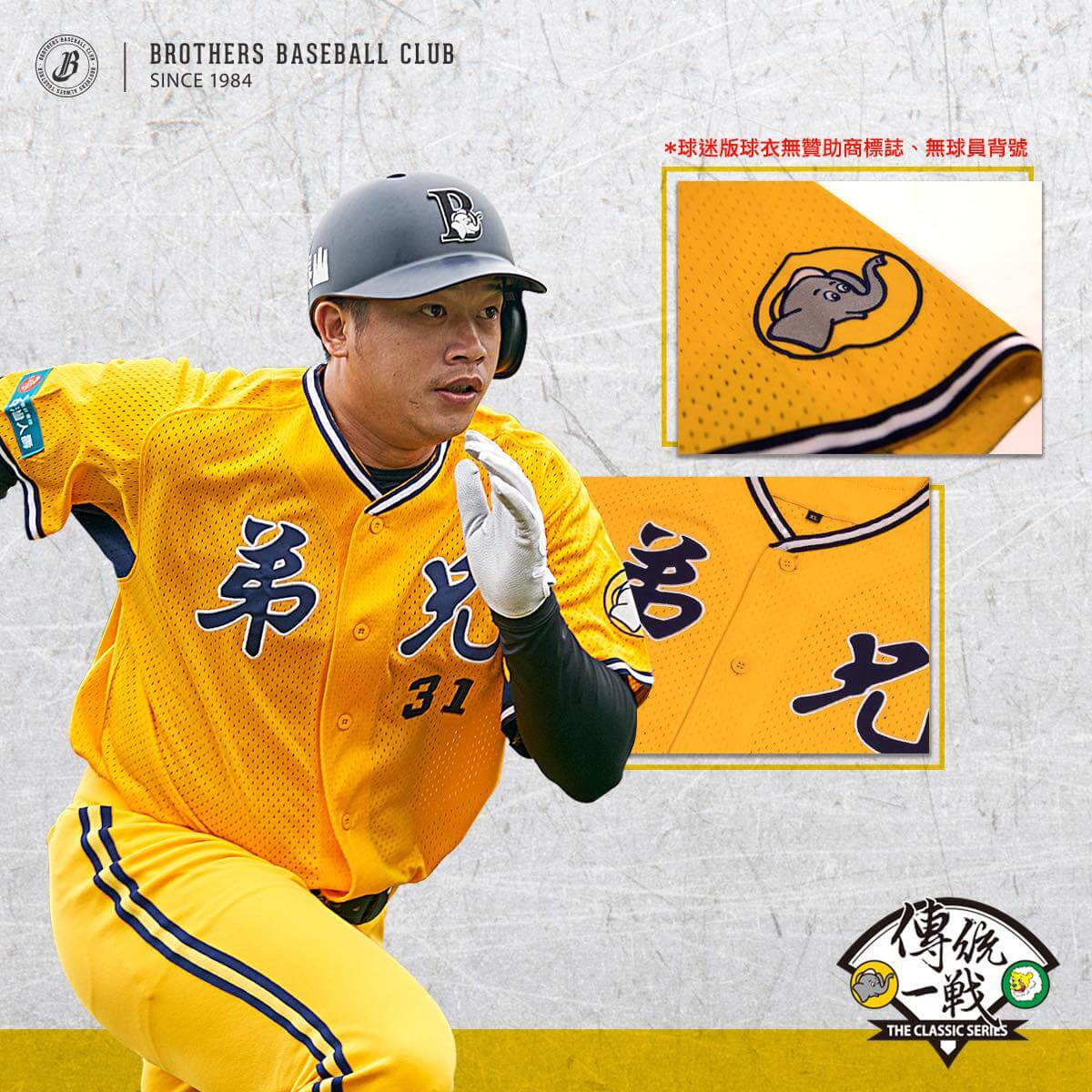 Why the chest script is reversed? Well, back in the old days, the writings in Taiwan are generally from right-to-left. In 1980, the Ministry of Education implemented a new standard to make all forms of entertainment (movies, TV shows, books etc.) to adopt the left-to-right writing format.

For print media (newspaper) and government documents, it is not until 2004 where it became compulsory to do all horizontal writings in left-to-right format. 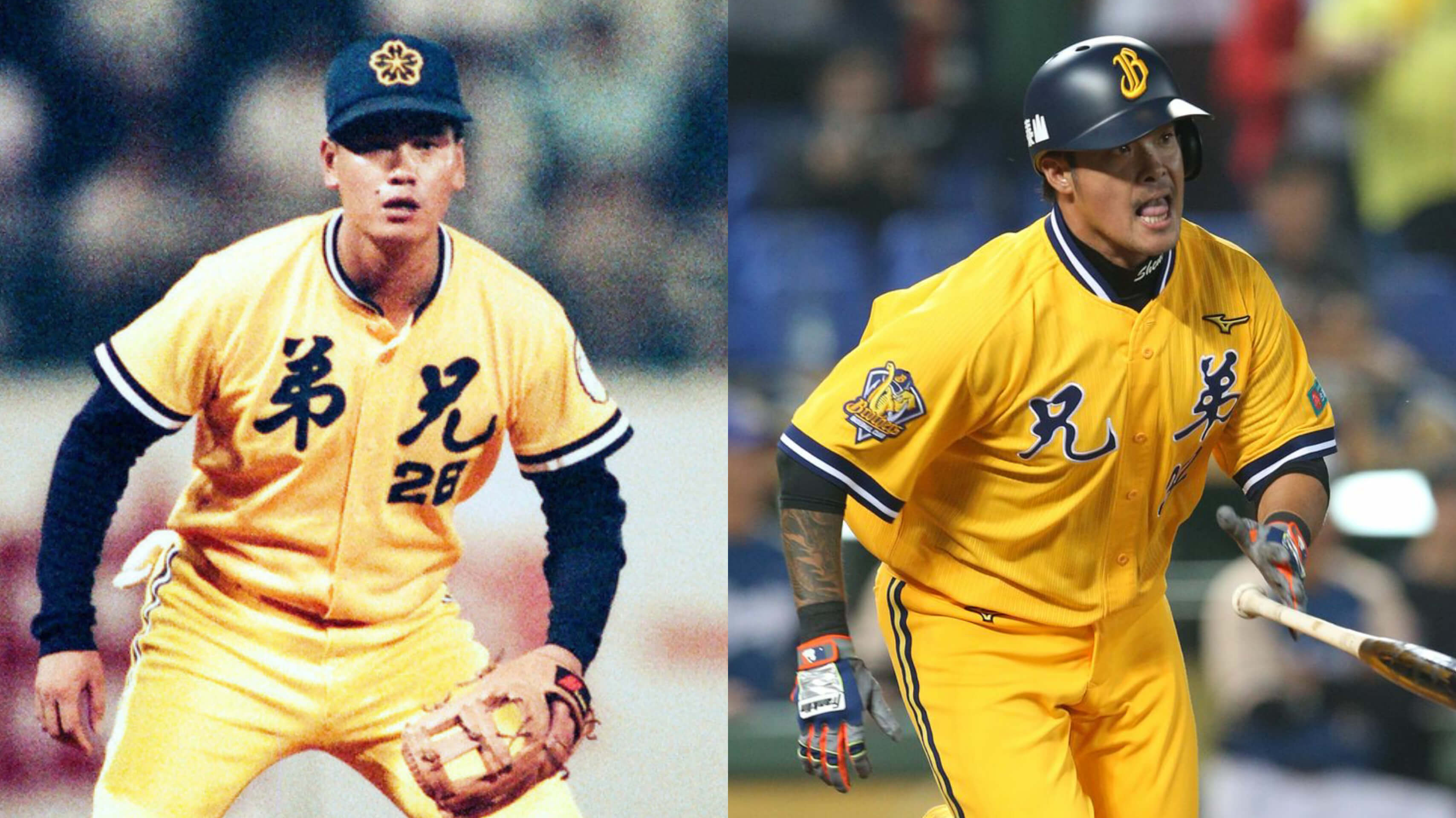 Where is the Original “Five H” Hat Logo?

While it is pretty neat to see the Brothers using the old chest script and sleeve patch for the throwback theme nights, it is a shame and a missed opportunity in our opinion that they did not bring back the original “Five H/ Plum Blossom” logo for the hat.

While we can understand the “Five H” logo belongs to the Brother Hotel, who sold the team to the Chinatrust Financial in 2013. It is still a little disappointing not able to see the iconic hat logo to go along with the throwback uniform.