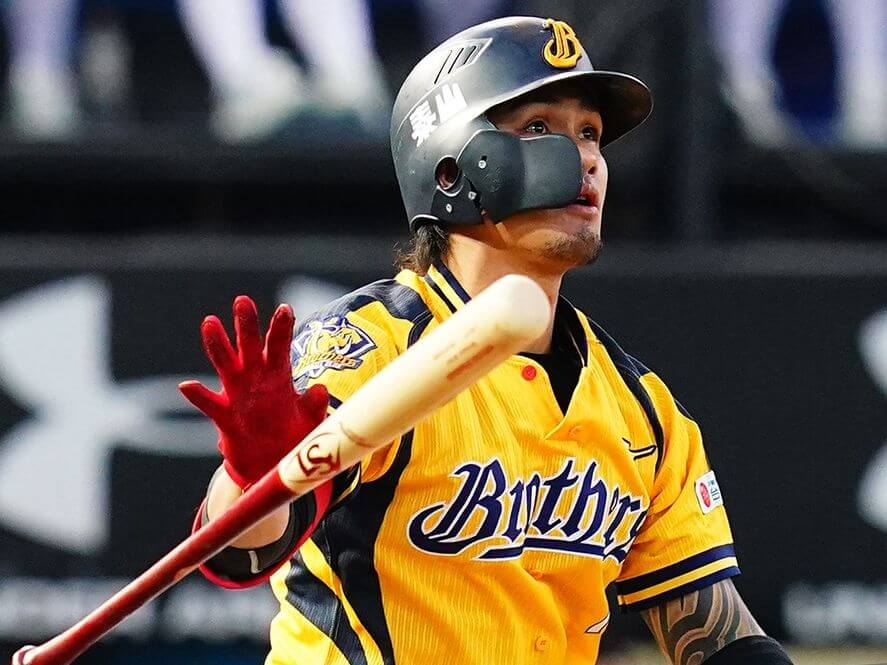 On October 13, the Chinatrust Brothers utterly destroyed the Lamigo Monkeys’ pitching in the first inning by scoring ten runs. The game was pretty much over before the Monkeys even had a chance to fight back. 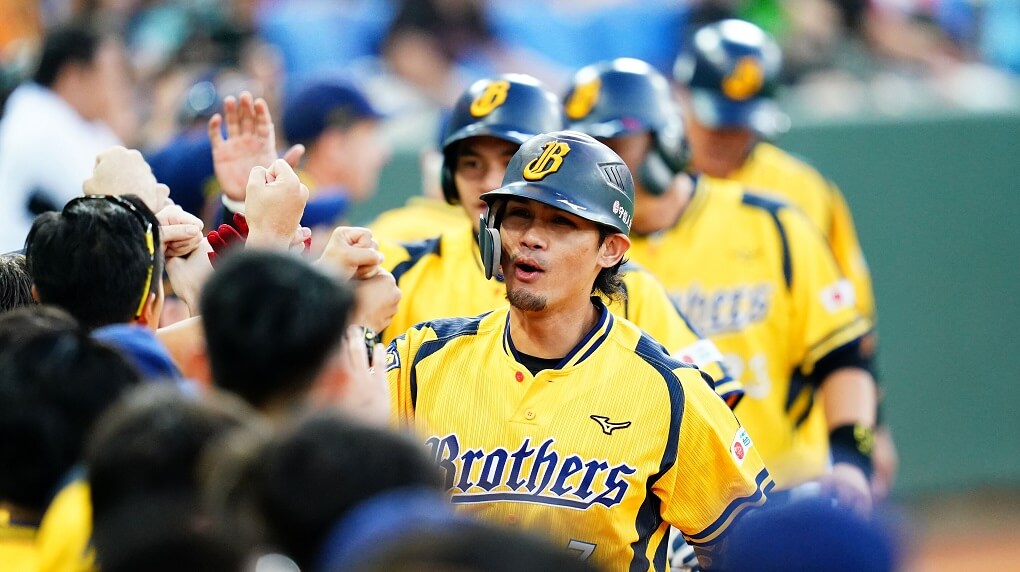 Leadoff man Wu Tung-Jung started the Brothers’ offence immediately with a double to the right. With a single and a walk, the Brothers quickly loaded up the bases with no outs.

Nix settled and recorded the first out by striking out cleanup hitter Chan Tzu-Hsien. However, Yueh Tung-Hua took advantage of the situation and knocked in two runs with a single to the right.

The Brothers loaded up the bases once again with a walk, and Chang Chih-Hao opened up the floodgates by belting a grand slam which extended the Brothers’ lead to 6-0. It was still top of the first with one out, and Michael Nix’s pitch count is already at 32.

[2019 Taiwan Series G2] #CTBros' 張志豪 (Chang Chih-Hao) opened the floodgates in the 1st inning with a grand slam. The Brothers came out strong with an early 6-0 lead. #CPBL pic.twitter.com/qZ8le9daIL

The Brothers continued to hammer Michael Nix and scored another run with a back-to-back double. After letting eight out of nine hitters to get on base, the Monkeys finally pulled Nix and went to their bullpen.

Weng Wei-Chun, the Monkeys’ rookie right-hander, did not stop the bleeding. He sent a hitter on base with a hit-by-pitch and gave up a 2-RBI triple to Wang Wei-Chen.

Veteran Peng Cheng-Min added another punch with a line drive down the middle and further extended the Brothers’ lead to 10-0. It was still only one out in the top of the first inning.

[2019 Taiwan Series G2] #CTBros' demolished the Monkeys' pitching by scoring 10 runs in the 1st inning. The Brothers also tied the #CPBL record for most runs scored in a single inning during the Taiwan Series. pic.twitter.com/4qhBDDJOD5

Nightmare Finally Over, Too Late for Monkeys

The Monkeys’ finally ended the first inning nightmare with a 1-4-3 doubleplay. Weng, the Monkeys’ reliever snagged a comebacker and turned two.

The Monkeys managed to get their acts together after the second inning. However, it was too late for making a comeback. The Brothers tied up the series 1-1 after thrashing the Monkeys 13-6.

Both teams will meet for game three of the 2019 Taiwan Series on October 15 at the Taichung Stadium. 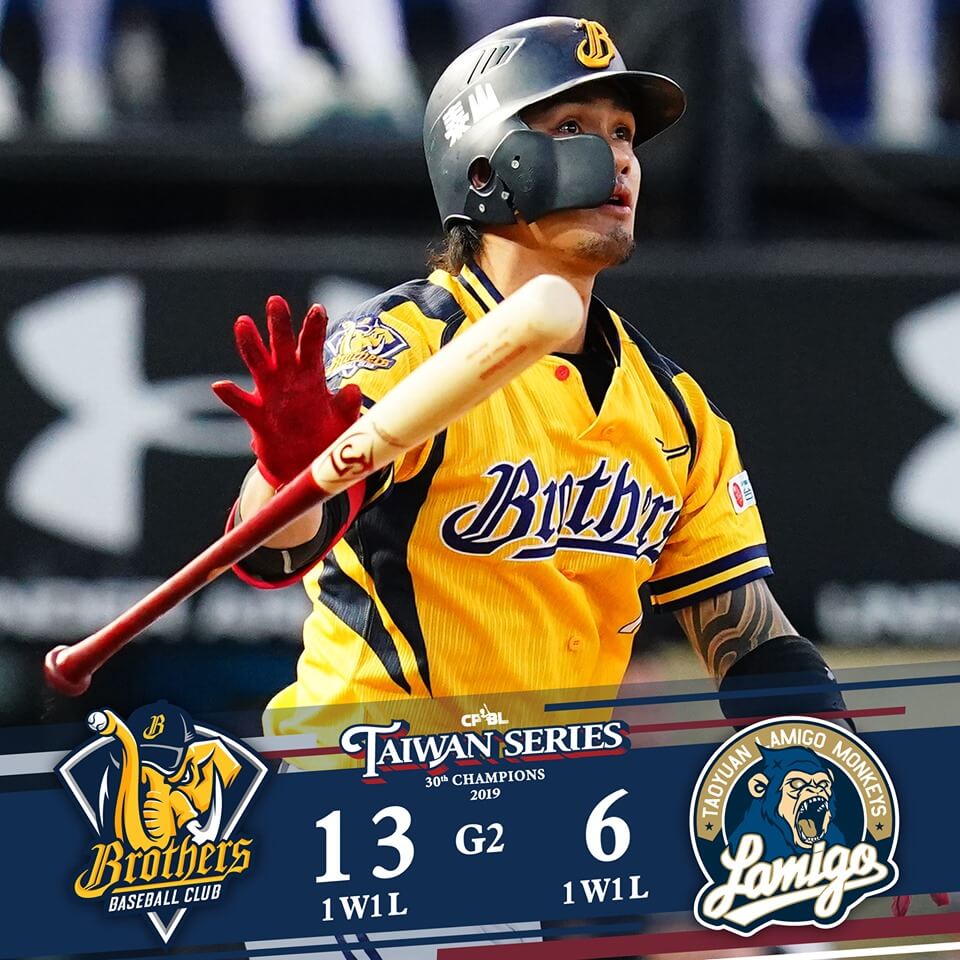