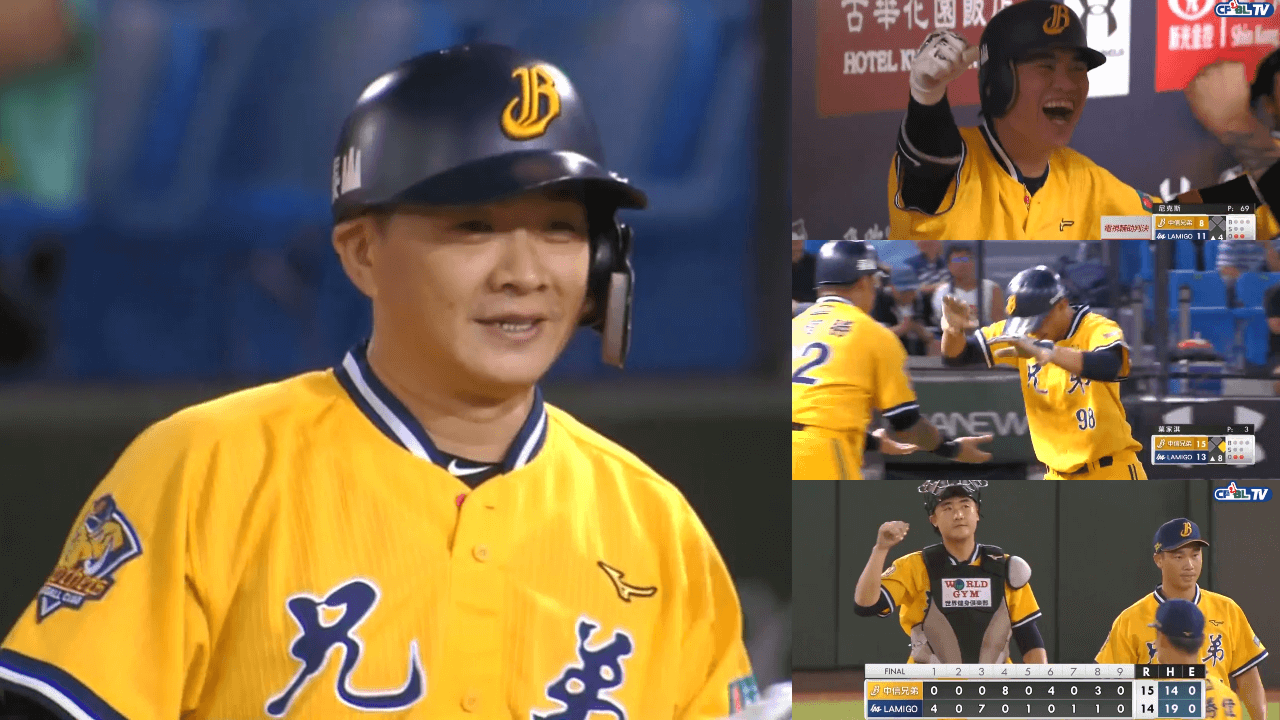 Brothers Come Back From 11-Run Deficit to Win

The beauty about baseball is until the final out has been registered, anything can happen.

On the night of September 4, the Chinatrust Brothers did precisely that by recovered from an 11-run deficit and set the CPBL record for the biggest comeback win.

*Note: The previous record was ten-run deficit from August 30, 1996. The Mercuries Tigers came back from behind and defeated the Sinon Bulls 12-10.

Things did not begin well for the Brothers as the Monkeys’ lineup chewed through the Brothers’ pitching staff in the first three innings and led the game 11 to nothing.

Despite down by 11 runs, the Brothers have shown real tenacity. With two home runs and a couple of extra-base hits, the Brothers knocked out Monkeys’ Michael Nix and scored eight runs in the fourth inning.

The Brothers’ continued to hammer the Monkeys’ bullpen in the sixth by tieing the game at 12-12 with a timely hit by veteran Peng Cheng-Min.

In the eighth inning, with three hits and a hit-by-pitch, the Brothers put up another three runs on the board and overtook the Monkeys and ultimately secured the win with a final score 15-14. 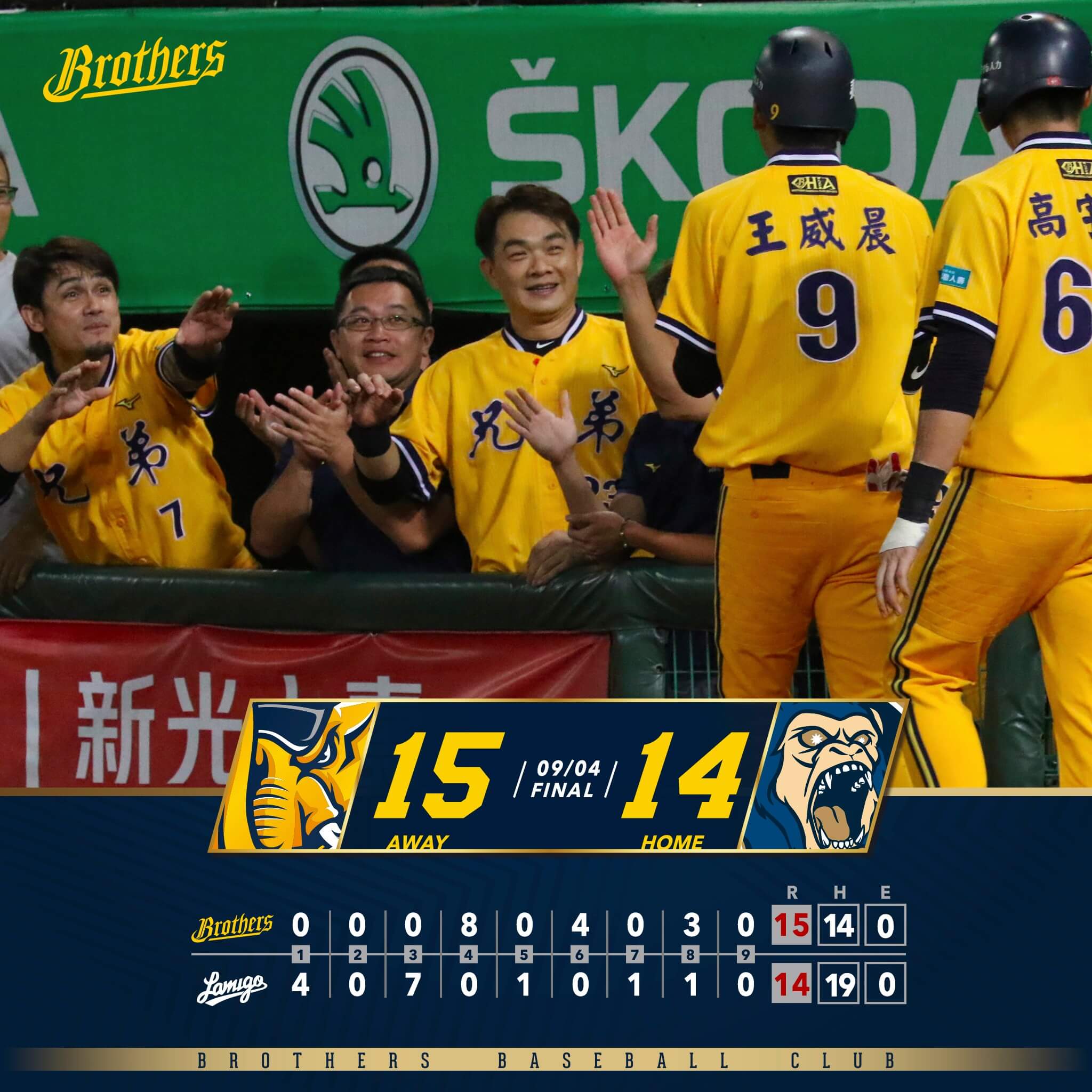