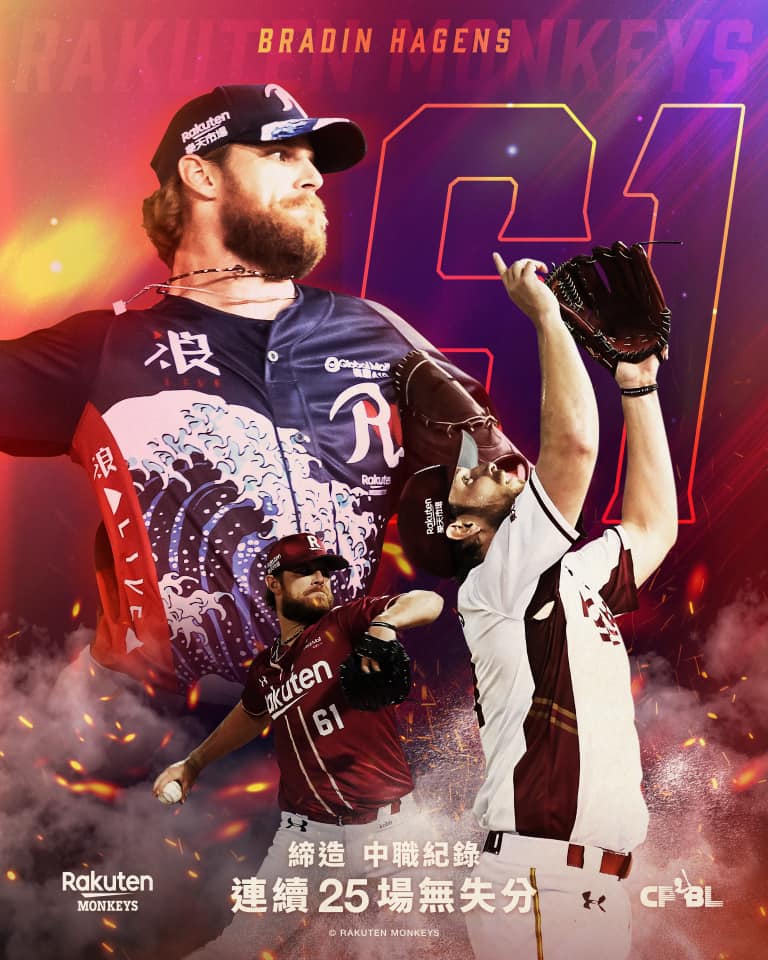 Important Correction: The league has made a mistake with their record keeping. The CPBL record for consecutive scoreless appearances is actually 26 games. It was set by Miguel Mejia of the Lamigo Monkeys in the 2014 season. So please ignore this blog pot.

On September 19, the Rakuten Monkeys Bradin Hagens entered the game in the top of the ninth and quickly registered three outs to secure the win for the Monkeys.

In doing so, the 32-year-old American right-hander set a new CPBL record by making his 25th consecutive appearance without allowing a run.

“At first, I didn’t know about this record, I noticed it two days, but I try not to think about it,” said Bradin Hagens. “When I’m on the field, I only focus on my task and to leave a zero on the scoreboard.”

“We found the best way to use Bradin Hagens,” said the Monkeys manager Tseng Hao-Ju. “The quality of his pitches is at its best as a reliever.”

Bradin Hagens started the 2021 season for the Monkeys as a starter. However, after four starts, he posted a 4.43 ERA over 22.1 innings and was assigned to the bullpen.

Congratulations to the Rakuten Monkeys Bradin Hagens to go 25 consecutive appearances without allowing a run.