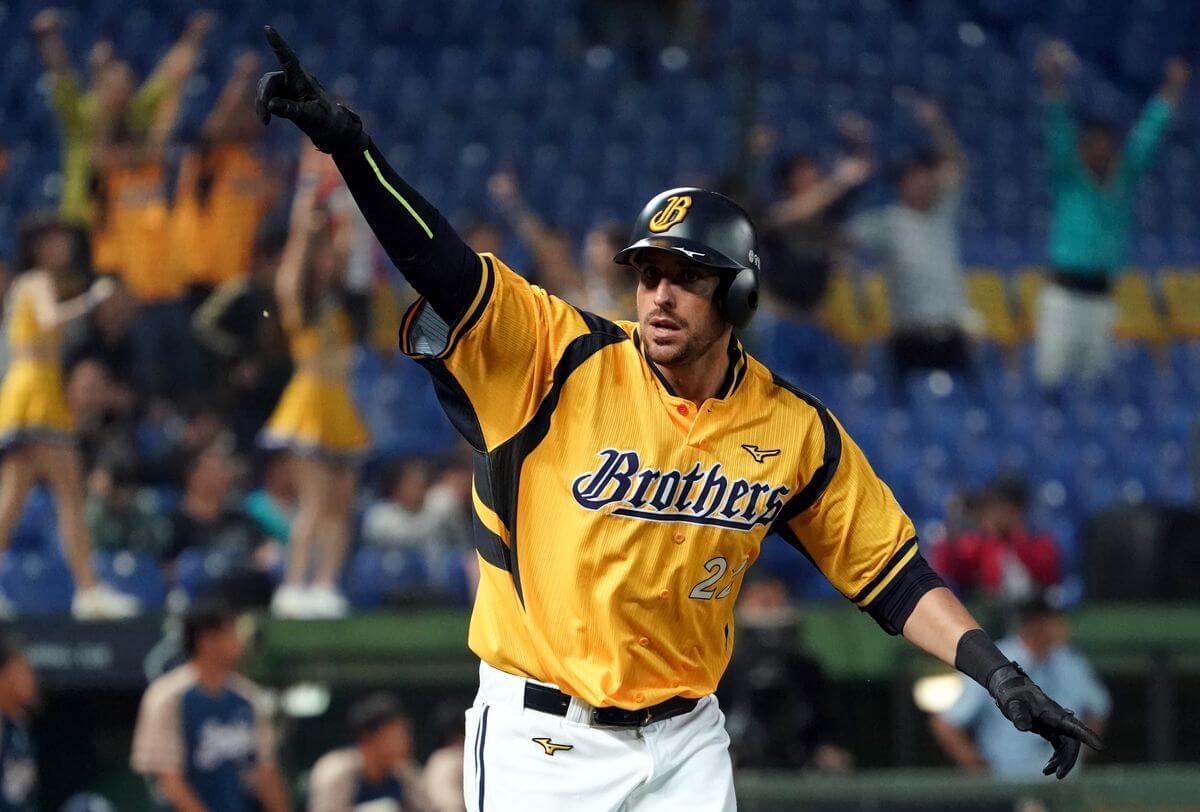 Can Alex Liddi Adjust to CPBL?

When Chinatrust Brothers signed former Major Leaguer Alex Liddi in April, it was an exciting moment to welcome the second foreign position player in the last five seasons to CPBL.

After seven weeks, I still enjoy watching him play. Although Liddi’s numbers 80 wRC+ (.235/.269/.441) may not be impressive, his passion and energy towards baseball carry the young Brothers team. Liddi never hides any emotions in and out of the field, which shows his immediate adapt to a brand new environment.

Here’s Alex Liddi dancing in the dugout after a mammoth homer against Austin Bibens-Dirkx.

IT'S FAIR! #CTBros' Alex Liddi was one happy chap upon hearing the instant replay result on his home run. #CPBL pic.twitter.com/9sx0mZGy0n

Breaking Balls Are the Issues

When we take a look at Alex Liddi’s numbers, his 28.18 K% and 86.2 OPS+ are not fully translated from his ability, which he stuck out 11 percent higher than league average.

In fact, Liddi has faced extremely different pitchings in Taiwan. 王溢正 (Wang Yi-Cheng) tossed Liddi more than two-thirds of changeup, who punched him out three times on May 26. Mike Loree threw him more than ten splitters in three plate appearances, which he only saw 11 of them in his MLB career.

CPBL pitchers are throwing tons of breaking balls to him, as the table shows. (Credit to FanGraphs Baseball for Liddi’s MLB stats, also we combined cutters and sinkers in the fastball column due to limitations.)

On fastballs, he has seen nearly 18% less in CPBL. In contrast, more sliders and changeups were seen. The 9.5% difference is even higher for splitters.

The Brothers’ manager Scott Budner mentioned in one of his recent interviews that Alex Liddi has had a hard time hitting against breaking balls in Taiwan.

We take a closer look at Alex Liddi’s batted balls in play. The table shows a comparison between his batted balls in MLB and CPBL, which is hard to point out a noticeable difference. The slight difference in BABIP and HR/FB are expected to be adjusted through time. The 28% opposite field batted balls is the only category he had changed so far.

In terms of Liddi’s plate discipline stats, he had been much more aggressive in CPBL, with a noticeable 13 percent increase at swings against balls seen in the zone, along with nine percent gap in Swing%. We can interpret the stats by Liddi’s eagerness to smash long balls and in order to prove his power to coaches and fans.

Another look at Liddi’s raw stats. Prior to May 5, he had a decent .276/.295/.529 with four dingers in 62 plate appearances. He then implemented different strategies at the plate. Stats shown that Liddi has put more ball in the air. While created larger launch angle and more pulled balls, they ended up weaker, which led to a BABIP slump.

Further, before May 5, Liddi’s .293 ISO was excellent, but the 29% struck out rate possibly gave him pressure. Afterwards, he started to work on his zone and adjust his approach. His Z-Swing dropped nearly 9% while all Contact% categories improved and also posted a lower SwStr%.

Liddi also became more patient at the plate. He sees 0.58 more balls than did earlier. Unfortunately, again, the more balls Liddi tried to put in the play, the weaker they became, which took away most of his extra base hits, his ISO tumbled to .091.

How Can He Improve?

Liddi has not seen enough fastballs at the plate nor strikes in the zone, and he probably will not have the opportunity to see much of them. The only way out is to deal with the breaking balls in the CPBL.

Here is an example of the Monkeys’ right-hander Michael Nix tossing all pitches outside the zone against Alex Liddi. 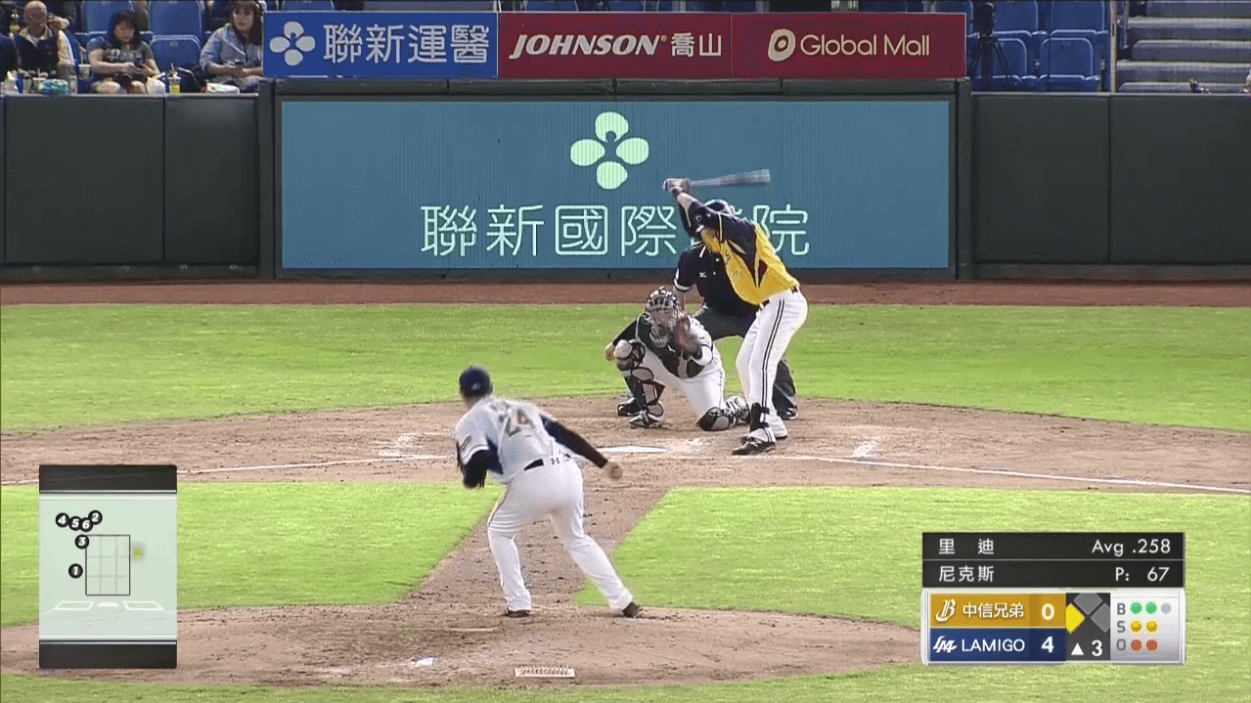 Most people might want Liddi to stop swing at changeups and splitters outside the zone and be more patient and efficient, in fact, stats suggest that Liddi should have crashed on more balls and translate his power into his games. Also, he should avoid pulling weak ground balls.

Whether Liddi can continue to generate long balls will determine the depth chart of the Brothers team and reflect on the standings in the final month of the first part of the season.

WALK-OFF HOME RUN from #CTBros' Alex Liddi in the bottom of the 10th. #CPBL pic.twitter.com/ONBYuVbx7M