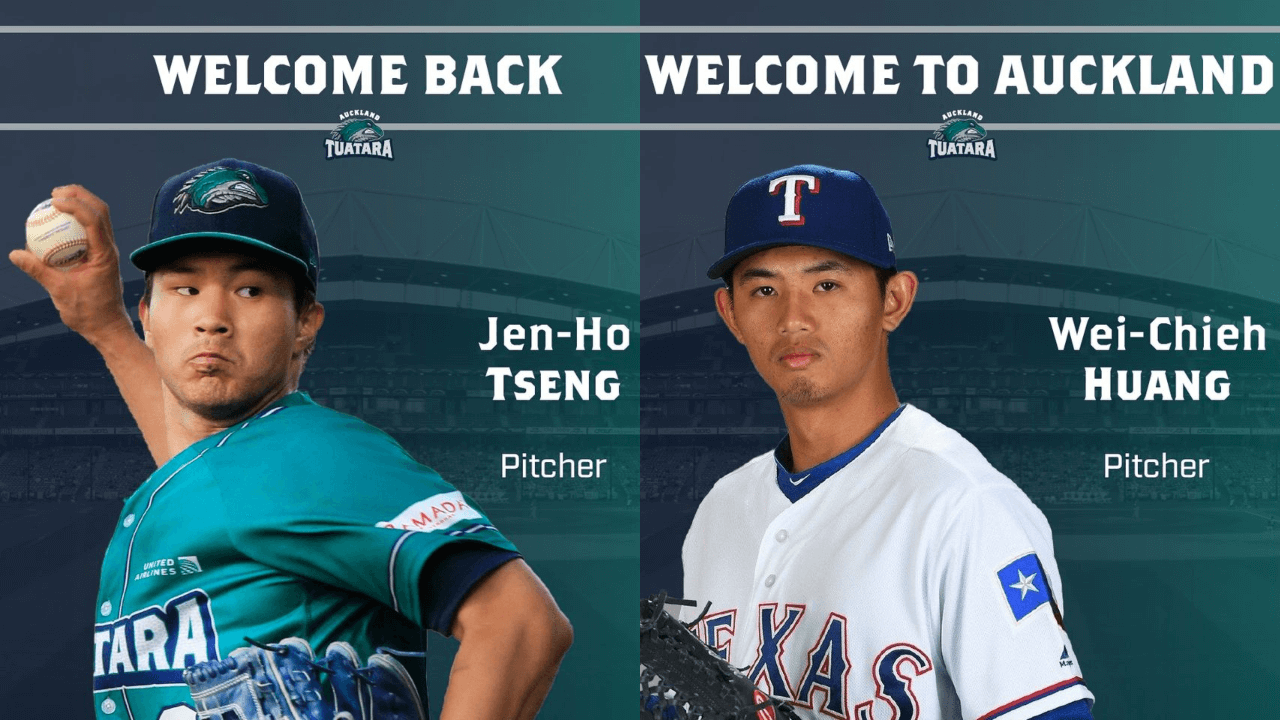 “Tseng proved a great fit in his cameo stint with us last year and told us at the time he was keen to come back,” said the Tuatara chief executive Regan Wood. “Both Tseng and Huang will give us two quality Major League-calibre arms with plenty of big-game experience.”

Tseng Jen-Ho, the 25-year-old right-hander, spent 2013 to 2019 in the Chicago Cubs and the Texas Rangers system. Despite being named the Cubs’ minor league pitcher of the year twice and made his MLB debut in 2017, Tseng has been dealing with a shoulder injury and struggled since 2018.

Due to the coronavirus pandemic, Tseng returned to Taiwan and began training with the National Development Squad. Recent reports suggested that he is healthy again and his fastball can now reach 152kph.

Before heading down under for the 2020/21 ABL season, Tseng is going to pitch in the 2020 Popcorn League along with other Taiwanese players from the MLB system.

Note: Popcorn League is Taiwanese semi-pro Winter League that usually ran from November to January. But this year, it is between October to December.

Huang Wei-Chieh, the 27-year-old right-hander, signed with the Arizona Diamondbacks for $500,0000 as an international free agent in 2014. Over the years he worked his way up the MLB system and made his MLB debut in 2019 with the Texas Rangers.

During his short stint in the MLB, Huang posted a 3.18 ERA and 2.29 WHIP over 5.2 innings. However, a few months after his trip to the big league, the Rangers released Huang Wei-Chieh.

One of the things I love about updating the @PitcherList GIF database in the offseason is coming across pitchers I don't really know who have really cool pitches.

Seeking Next Contract With Rangers?

It is worth noting, both Tseng and Huang played for the Texas Rangers organisation in the past. Coincidentally, the Tuatara’s manager Steve Mintz also works for the Rangers. In a way, this ABL trip should be a good opportunity for Tseng Jen-Ho and Huang Wei-Chieh to land their next contract in the United States for 2021.