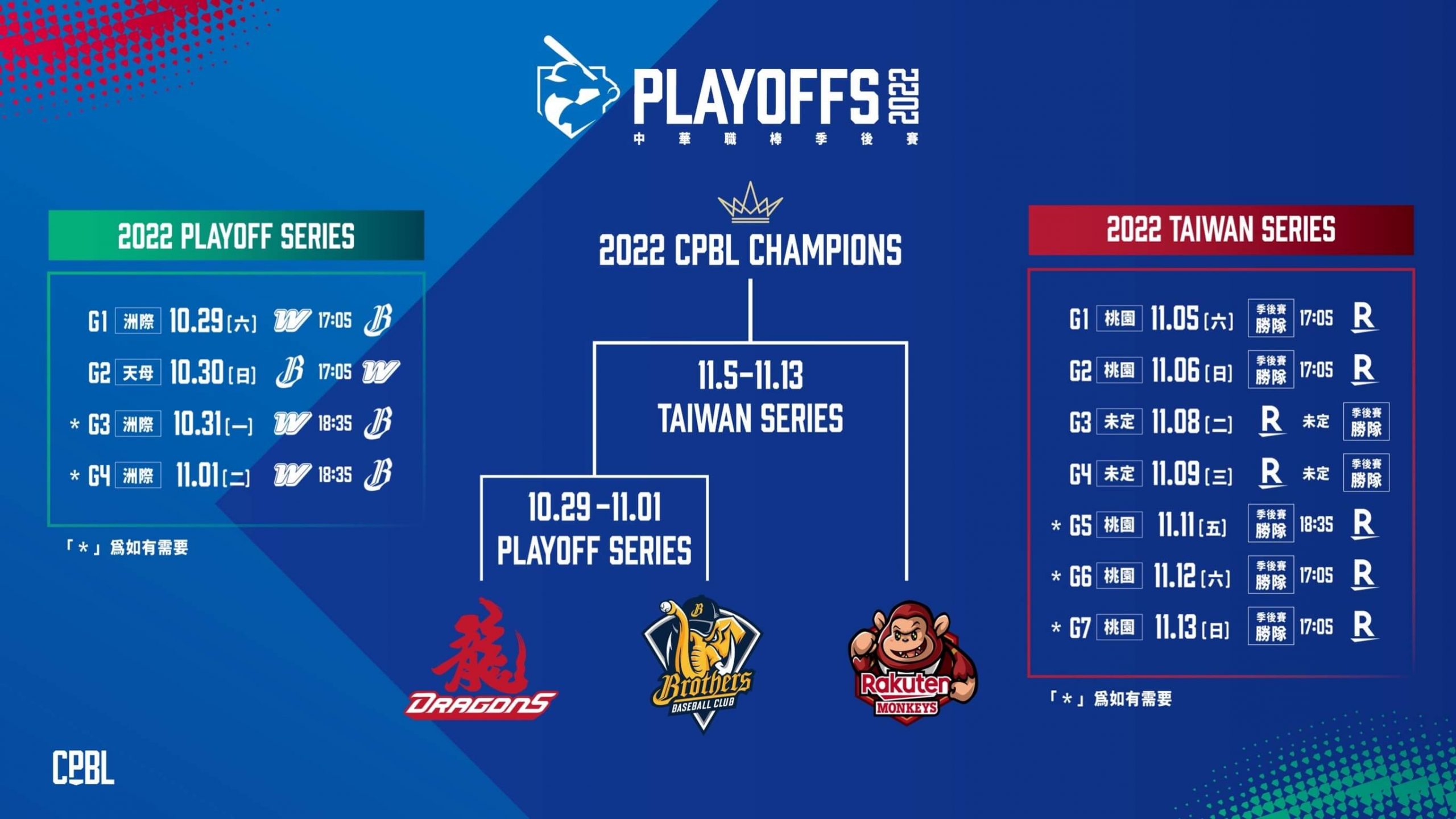 On October 24, the CPBL announced the 2022 postseason schedule.

Three teams, Rakuten Monkeys, CTBC Brothers and Wei Chuan Dragons, will partake in the postseason, which is divided into two stages.

The first round of the postseason will feature the CTBC Brothers taking on the Wei Chuan Dragons in a best-of-five Playoff Series. Since the Brothers are a half-season winner, they will have a one-win advantage and a G1-G3-G4 home advantage in the Playoff Series.

The winner of the Playoff Series will advance to the Taiwan Series to face the Rakuten Monkeys. 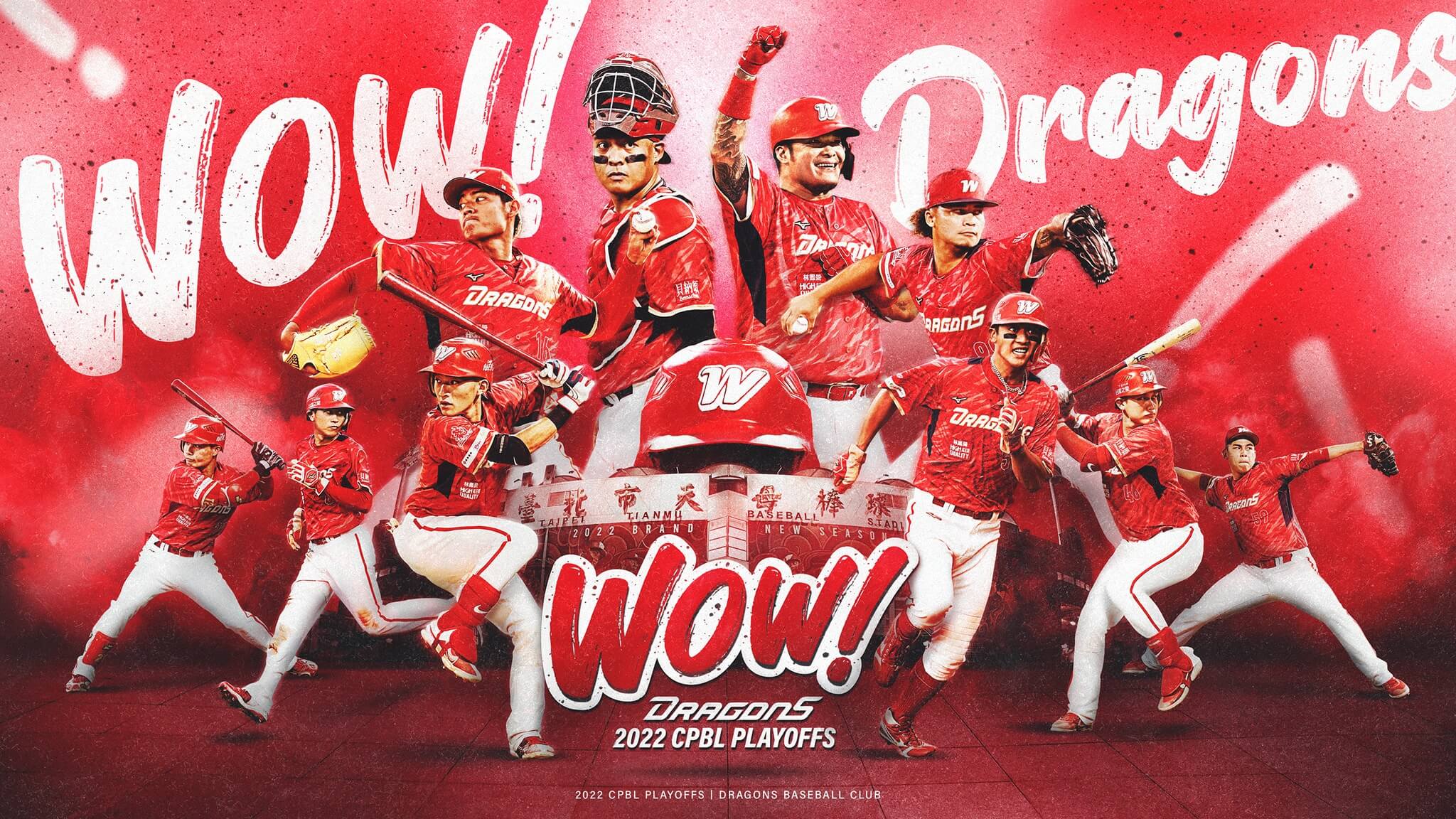