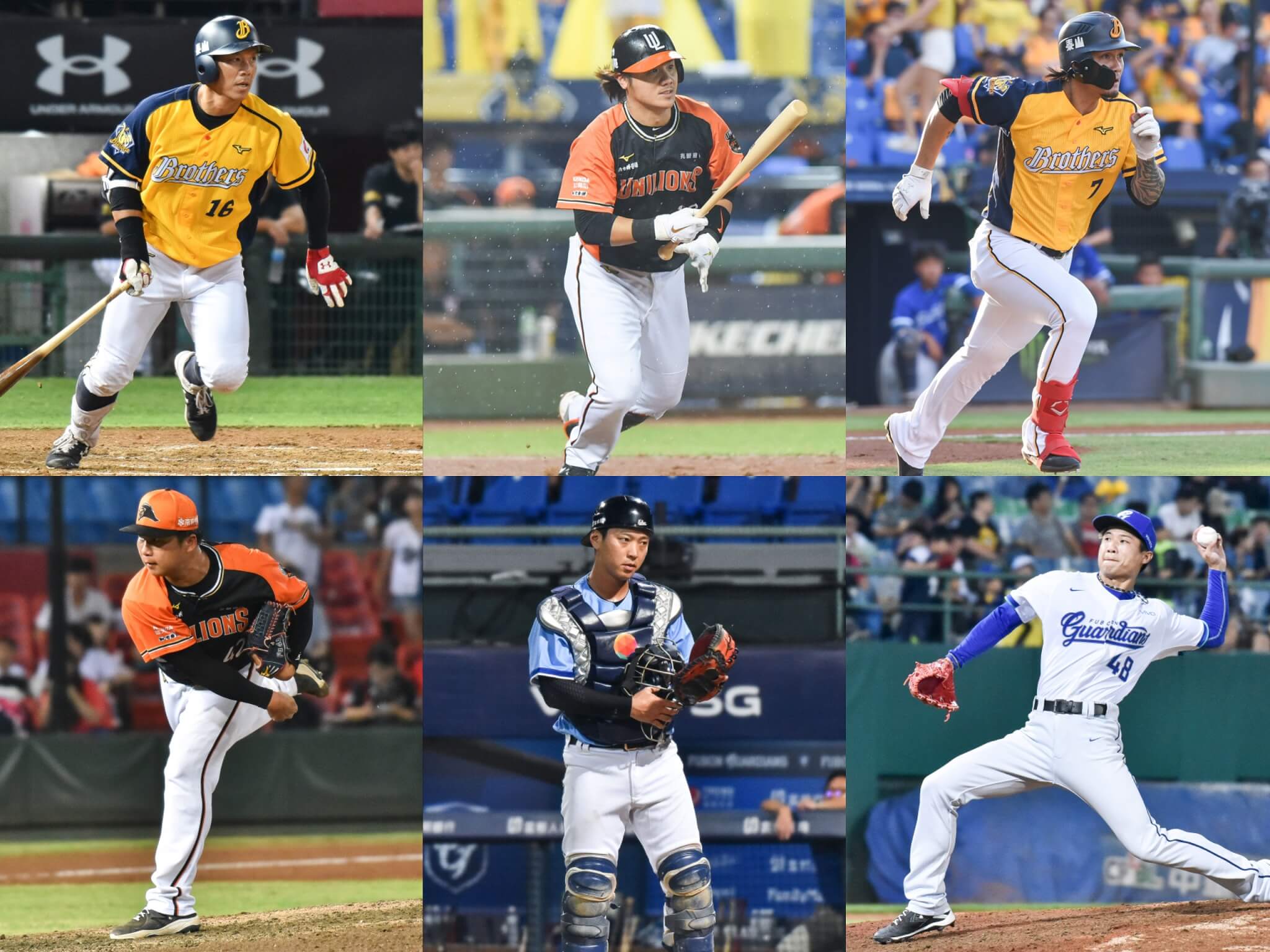 At the end of the 2020 CPBL season, a total of 19 players are eligible for free agency. On November 19, six players decided to test the market and declared free agency heading into the offseason.

Among those players are the Brothers’ high profile centre fielder Chang Chih-Hao, the Guardians’ primary catcher Lin Yu-Ying and primary bullpen arm Lai Hung-Cheng.
To keep track of all the information, for the next few months, we will compile all the free agency signing news chronologically. [Last Updated: March 12, 2021]

Lin Yu-Ying has been the Guardians’ primary catcher in the past few years. Despite having a slightly below-average bat, he makes it up with good defensive and game-calling skill. He is very likely to receive an offer from the Wei Chuan Dragons. 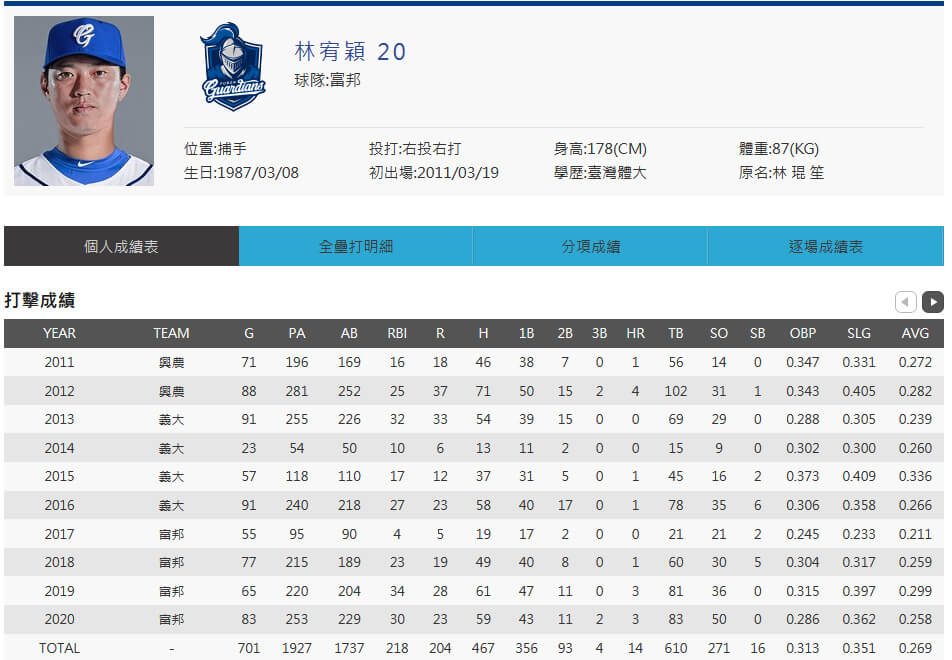 Lai Hung-Cheng has been one of the reliable bullpen arms for the Guardians. With his fastball topping out at 152kph and being a rare quality domestic left-hander, he will be on the radar for all the CPBL teams with the idea of boosting their bullpen. 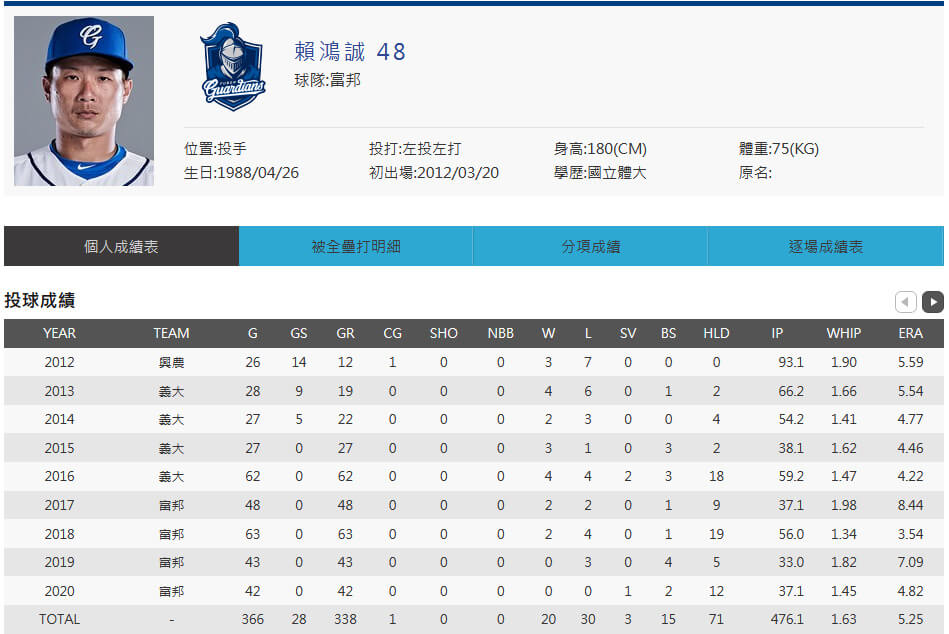 Chen Yung-Chi has been the heart and soul of the Uni-Lions organisation since he returned from the MLB system. The veteran mostly plays in the third base, but also able to play first, second and short. Given his age and the transfer fee, Chen is likely to re-sign with the Uni-Lions. 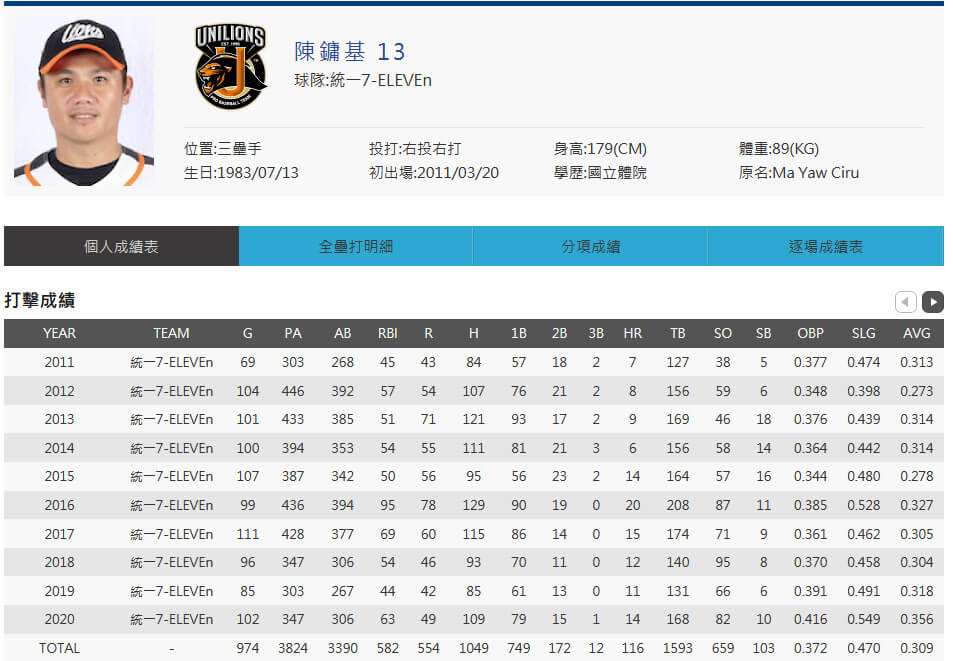 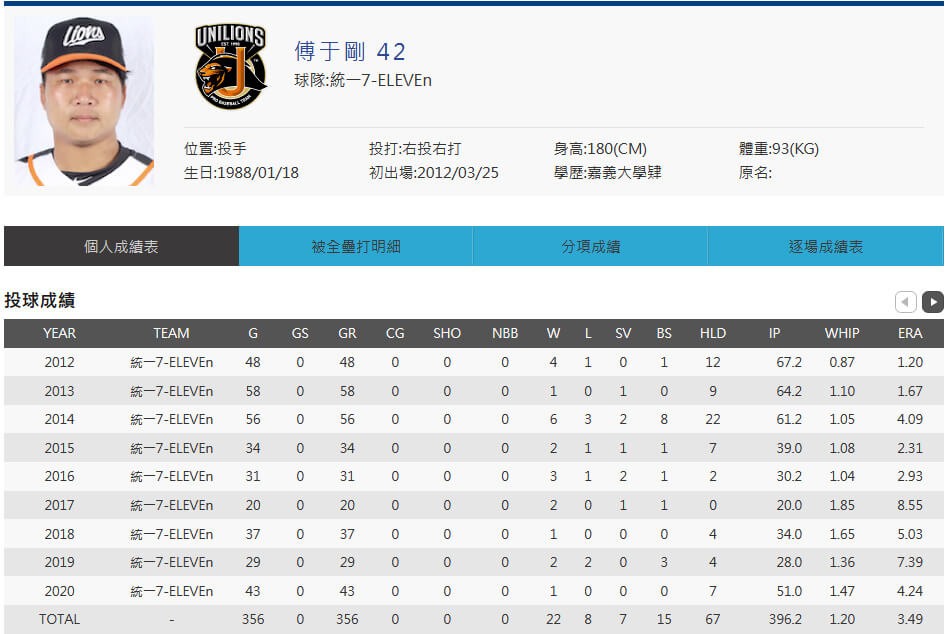 Note: Because this is Chou’s second time filing for free agency, therefore, his transfer fee would be 65% of his full-season salary.
Chou Szu-Chi posted a career year in 2020 with a slash line of .324/.386/.589 with 22 home runs. Chou declaring free agency was merely a symbolic gesture because he is the president of the CPBL Players’ Union. Chou is likely to re-sign with the Brothers. 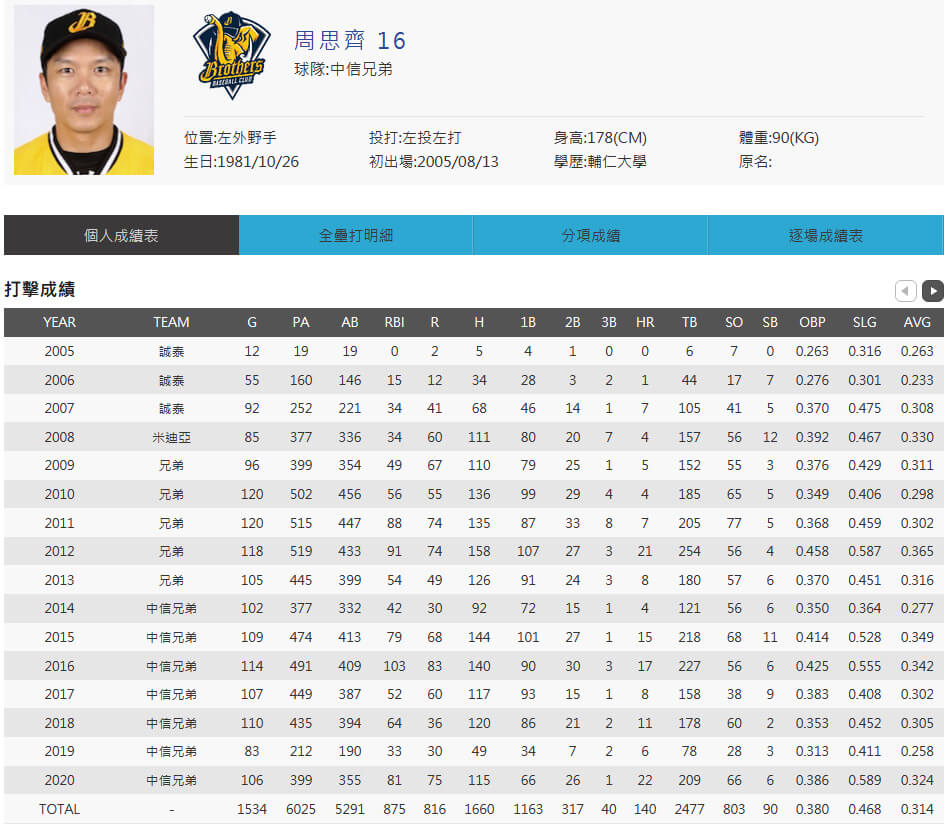 Chang Chih-Hao is one of the top-tier centre fielders in the CPBL. Throughout his career, he is known for being consistent with his performance. In 2020, he posted a .298/.373/.564 with 27 home runs. The Monkeys, Dragons and Guardians would be interested in him. 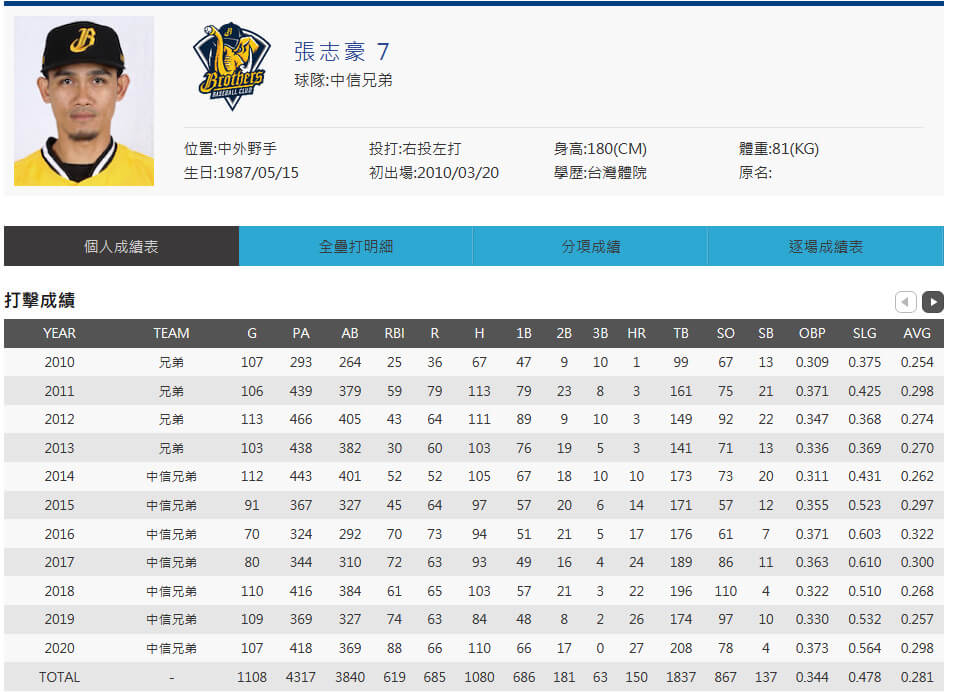