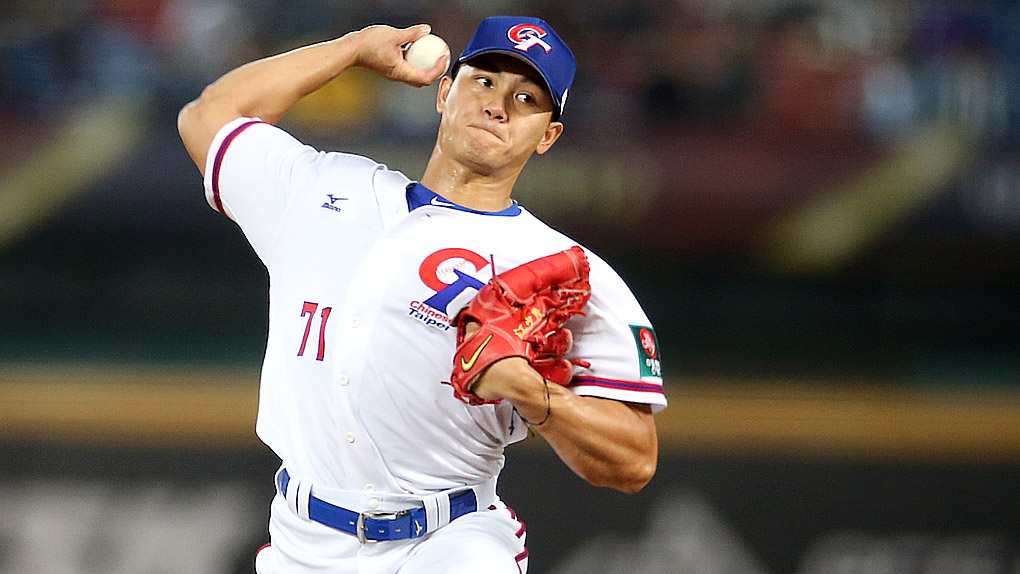 On November 5, with strong pitching and a few timely hits, Team Taiwan have won their first game in the 2019 WBSC Premier12 with a 6-1 victory over Puerto Rico. Taiwan is currently 1-0 in the group play and is about halfway to secure the ticket to the Super Round. [Box Score]

The 2019 CPBL batting champion 林立 (Lin Li) put the Taiwanese squad on the scoreboard early in the first inning with an opposite-field two-run home run.

In the bottom of the fifth, Lin Li continued to cause damages to Team Puerto Rico. With runners on first and second with no out, Lin laid down a bunt and drove in two runs on a throwing error. A moment later, Lin returned home via a sacrifice fly to deep centre field and extended Taiwan’s lead to 5-1.

Perfect Pitching in Game One Victory

Team Taiwan’s starting pitcher, 江少慶 (Chiang Shao-Ching) proved that he is indeed the ace of this Taiwanese squad by tossing six strong innings with five strikeouts. The Cleveland Indians’ farmhand carried a perfect game into the fifth inning until he allowed a run on back-to-back hits.

The Taiwanese relievers were outstanding too. Chen Kuan-Yu, Chen Yu-Hsun and Chen Hung-Wen were able to completely shut down Puerto Rico’s lineup from seventh to ninth. The trio pitched three scoreless innings with four strikeouts and only allowed one walk.