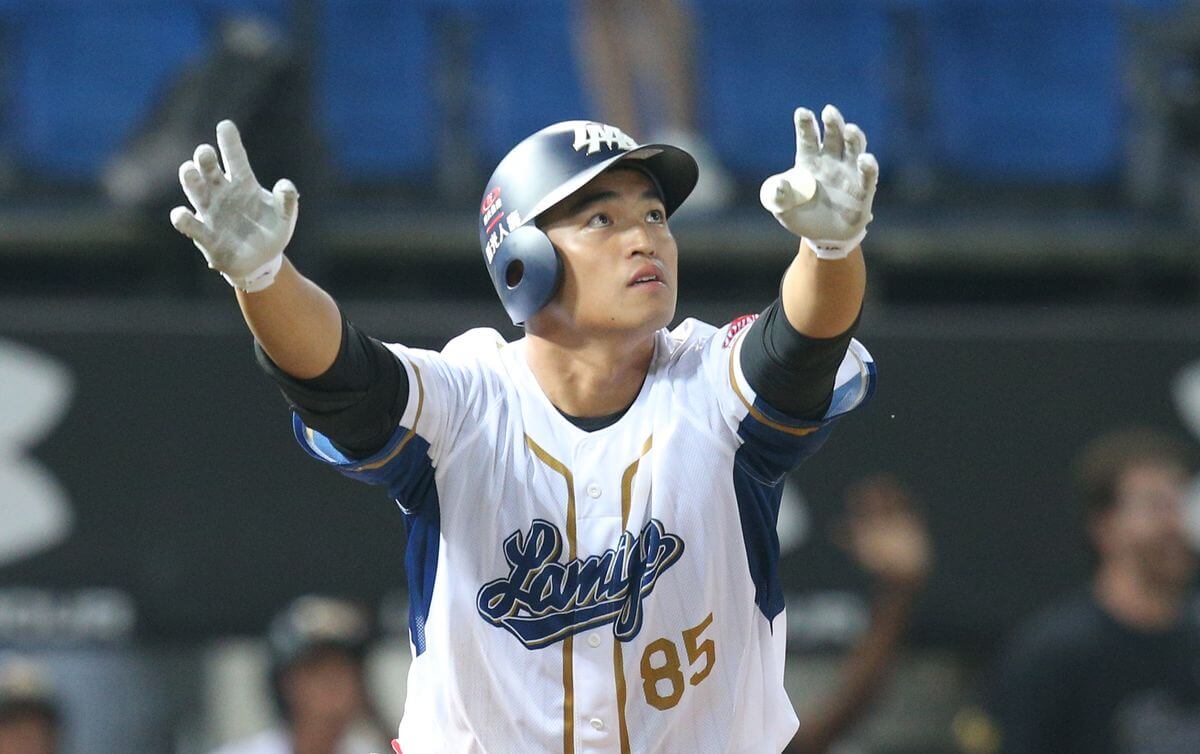 Here at CPBL STATS, we are crazy about uniforms. So, here are the 2019 season uniforms review for the Lamigo Monkeys. As always, we will continue to update this post throughout the 2019 season. [Last Updated: November 14, 2019]

The Lamigo Monkeys did not change their home uniform for the 2019 season, it is still the 2017 version. The team will wear this at their home games, except on the weekend or at theme nights. [Read more on the Monkeys’ 2017 home uniform here]

The Lamigo Monkeys have made some major adjustment to their away uniform this season. The primary base colour and the shoulder colour have been changed to “Yale Blue” and “Champagne Yellow”, and they added some colour contrast to the underarms sections. 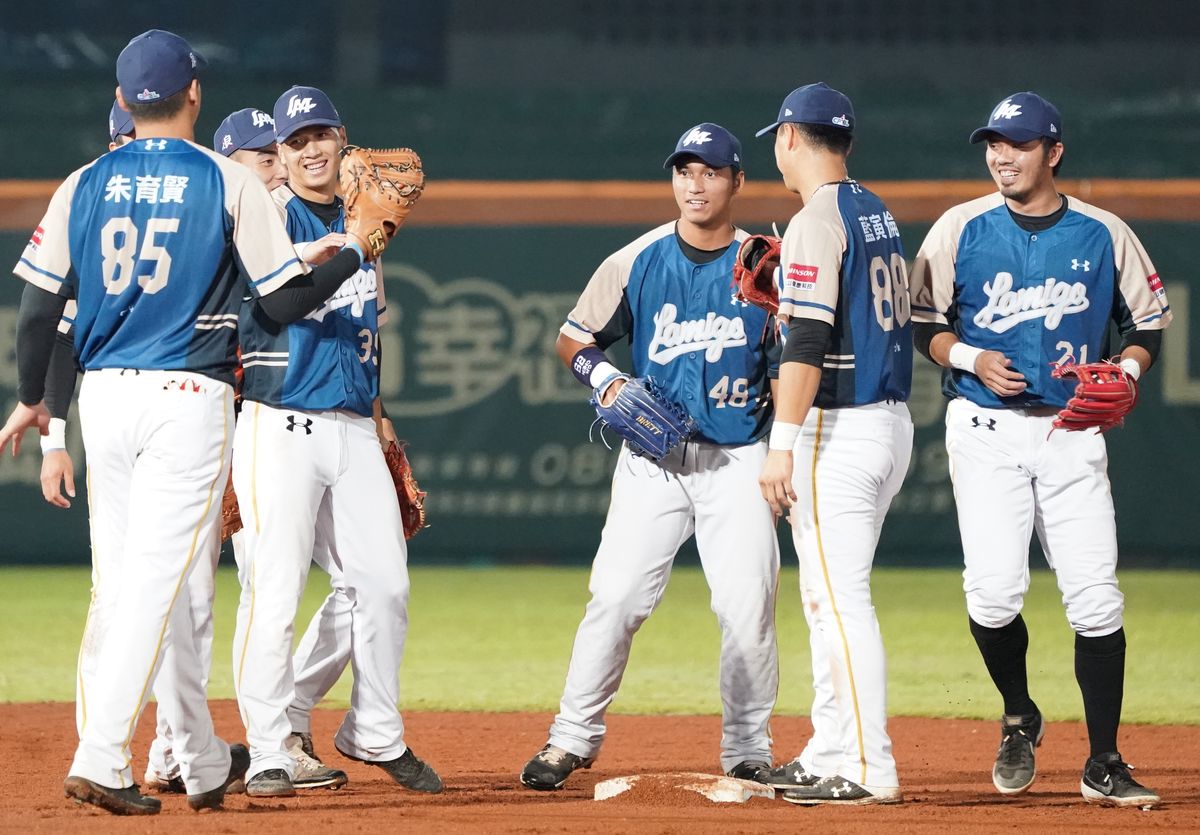 The Lamigo Monkeys did not change their weekend uniform for the 2019 season. The team will wear this during the weekend home games if they are not wearing theme nights special uniform. [You can read more about the Monkeys’ weekend uniform “Golden Spirit” here]

The Monkeys’ 2019 spring training uniform was based on the idea of team-city integration. With that concept in mind, the team used “Indigo Blue” and Lavender Purple” which are the corporate colours for the Taoyuan City Metro.

Apart from the obvious “TAOYÜAN” text on the chest, the uniform also contains several other city elements such as the international airport code. [Read more on the Monkeys’ 2019 Spring Training uniform “TAOYÜAN” here] 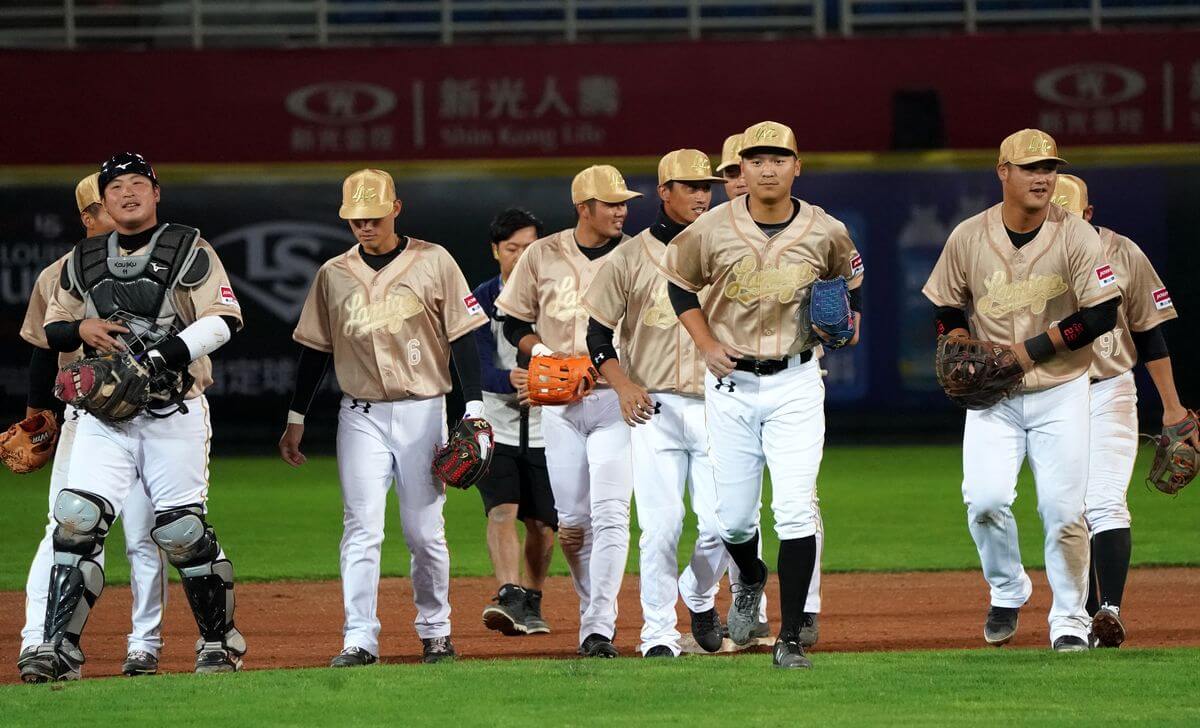 Returning for its sixth season, the Monkeys once again partnered with Swedish home-appliance maker Electrolux for a sponsored themed nights. The theme nights are also known as the “vacuum cleaner” theme nights by Taiwanese baseball fans. [2014-2019 complete Electrolux uniforms collection] 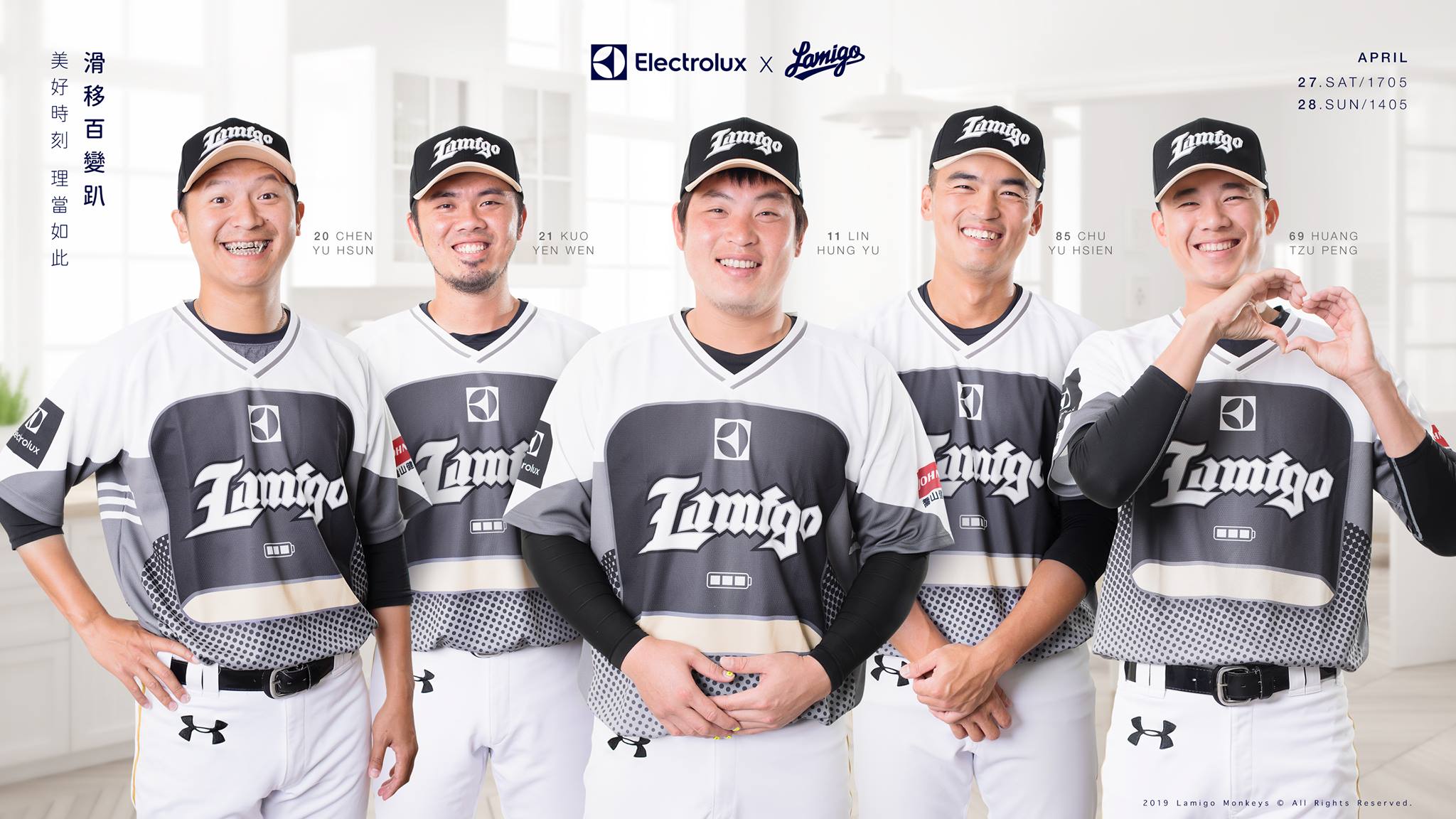 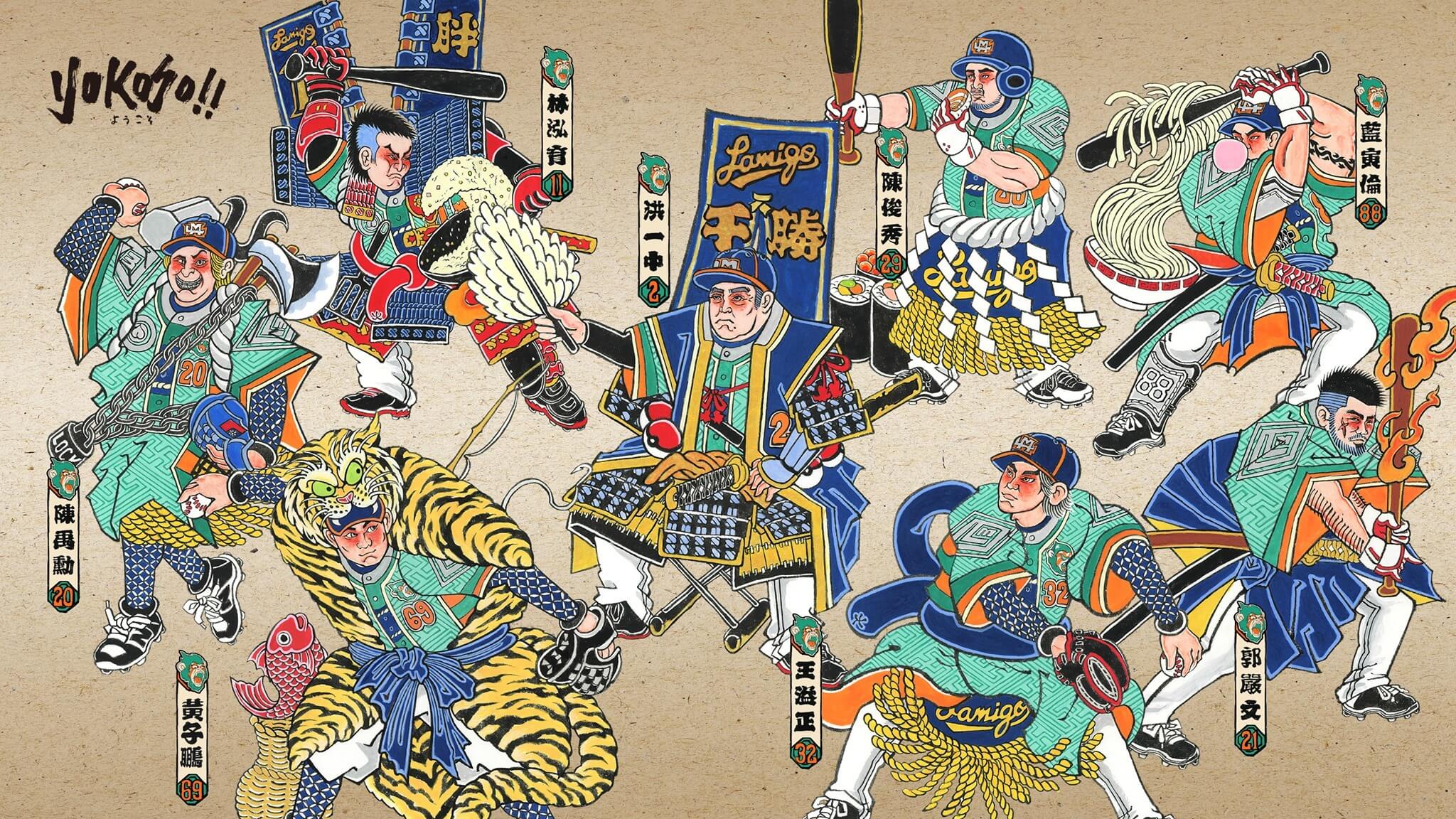 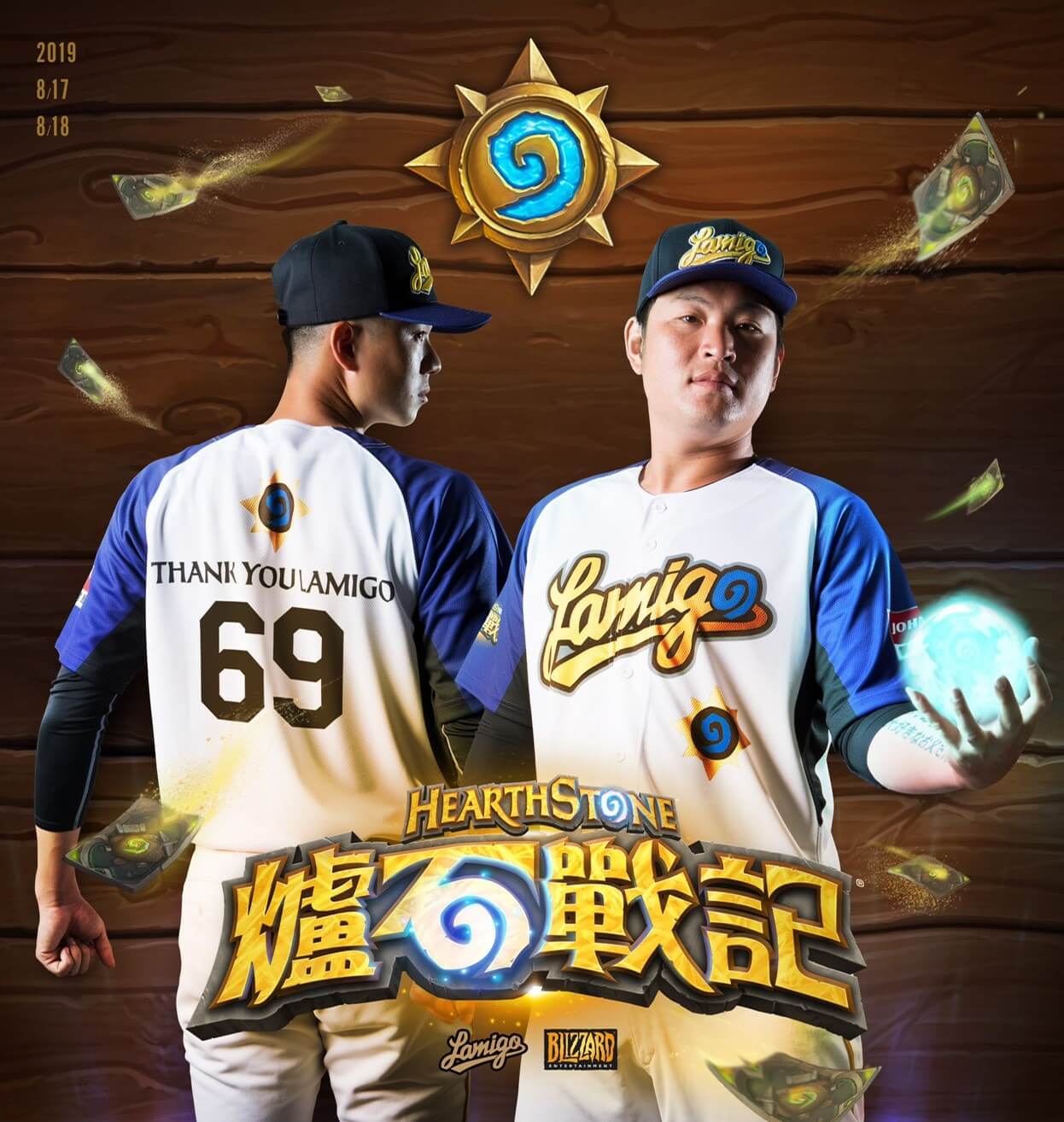 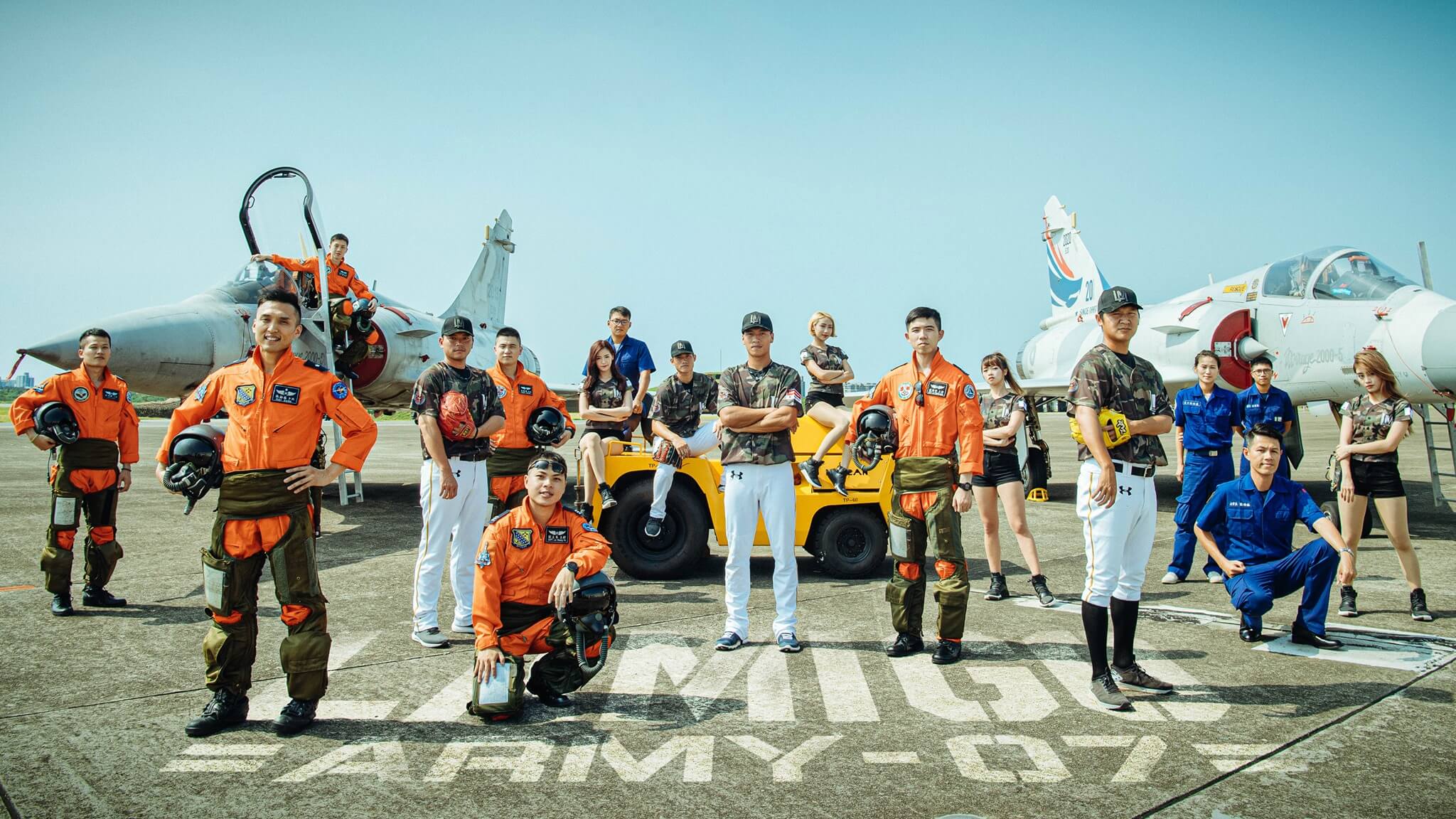 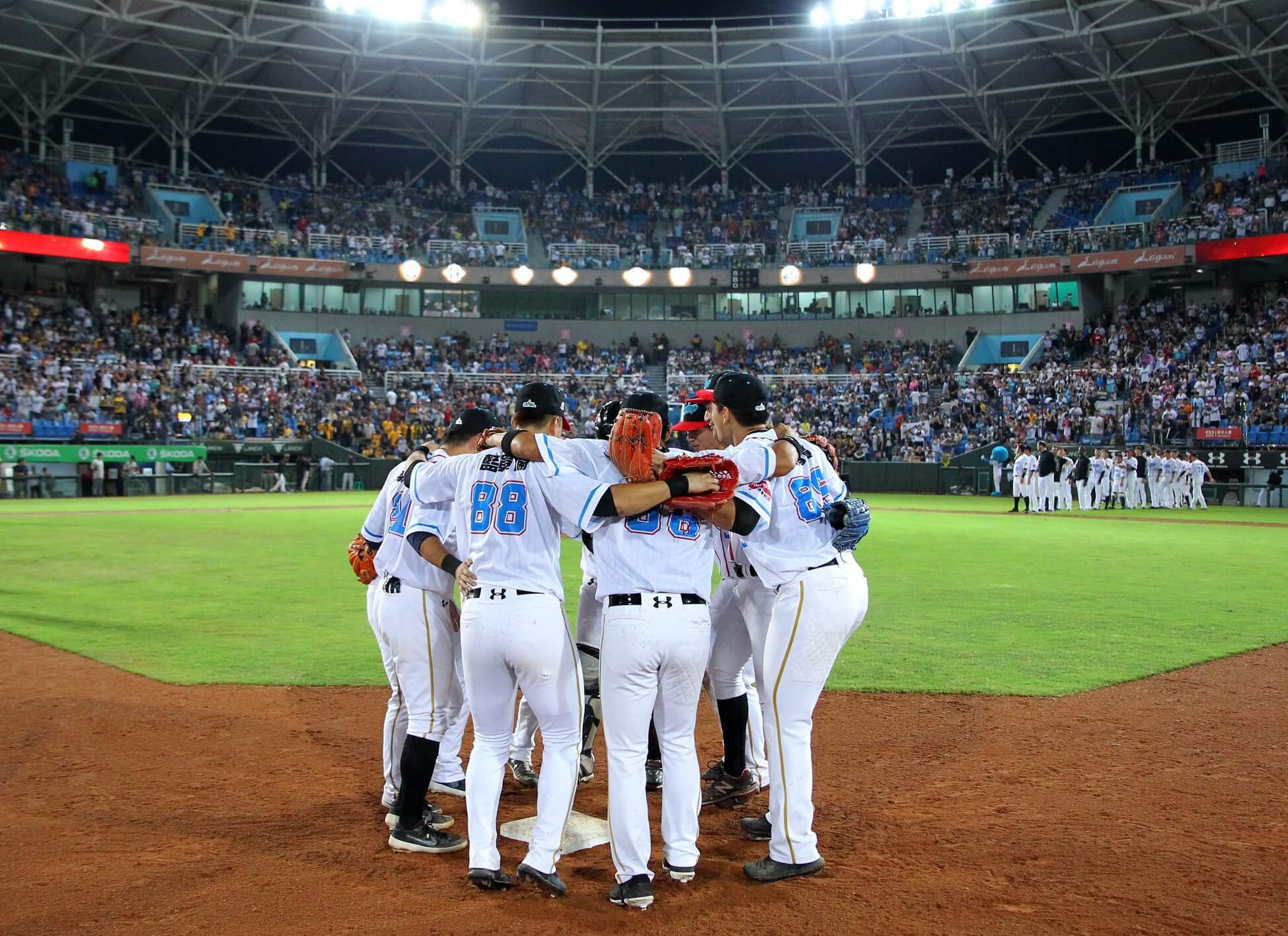 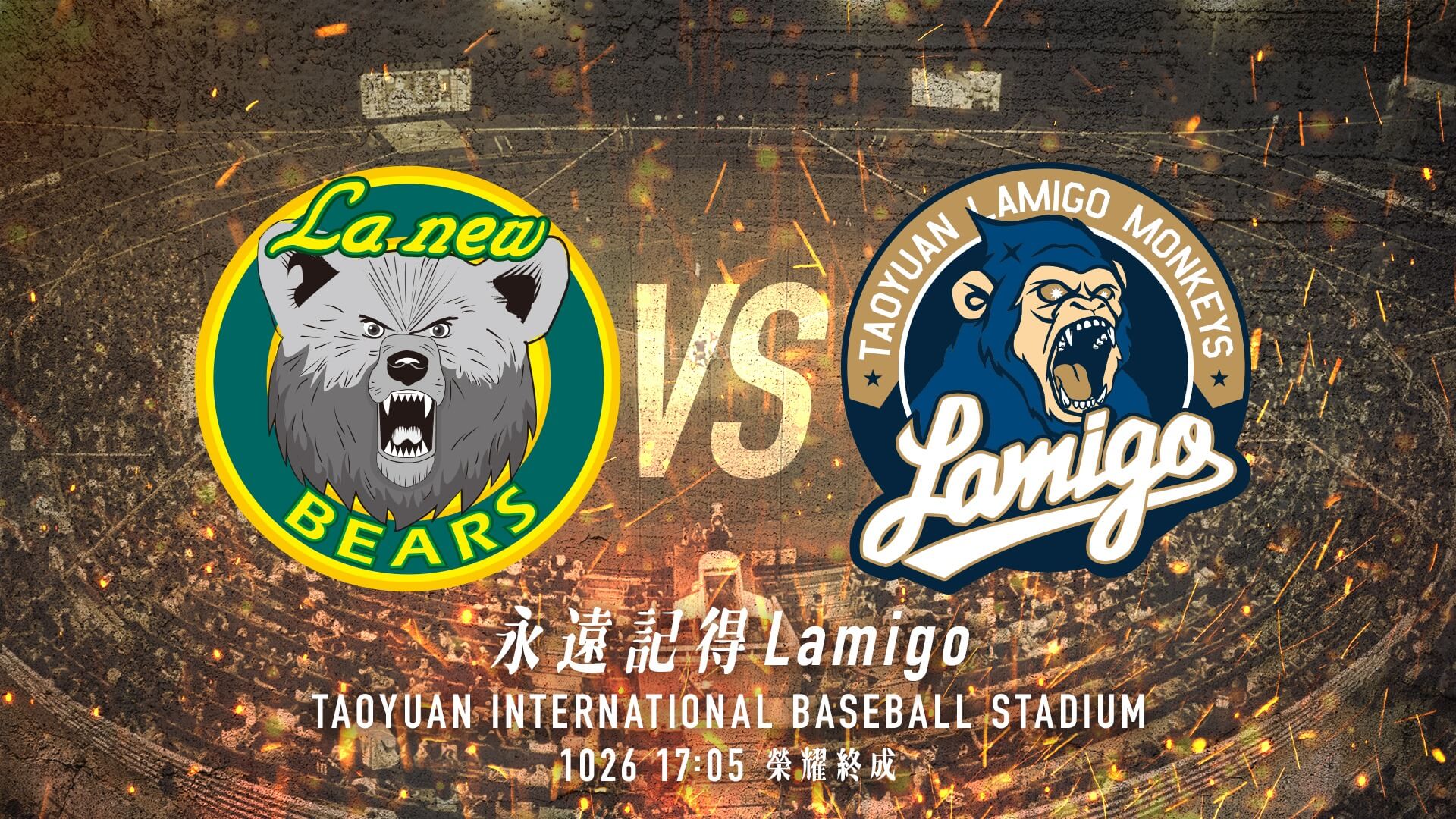