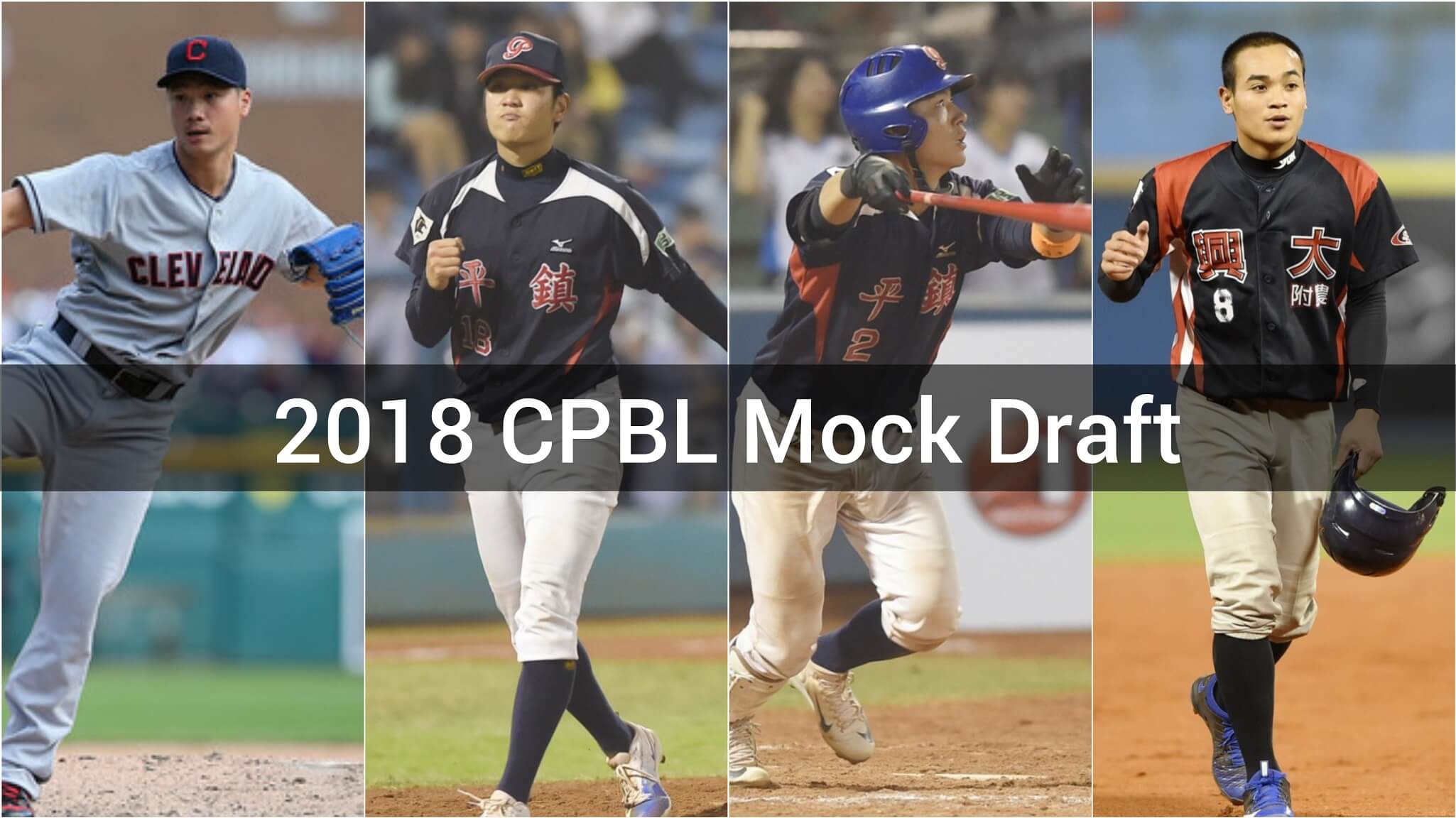 The 2018 CPBL Draft is upon us once again, 88 talented amateurs from various high schools, universities and the industrial league will enter the 2018 draft and hopefully get the opportunity to turn professional. 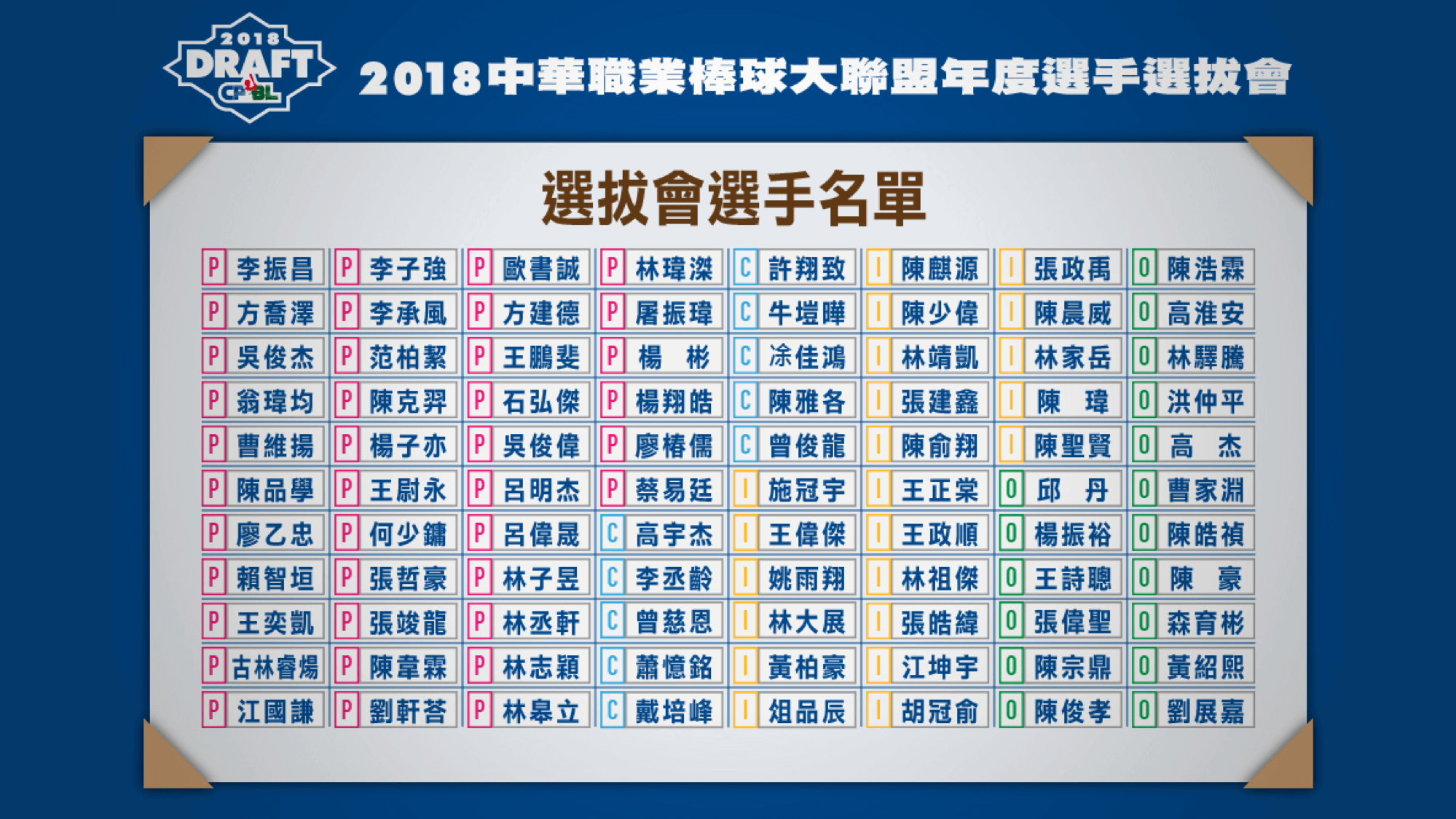 Draft Pick Strategy for Each Teams

Will the teams pick the high school prospects and spend time develop them? Or select players that are CPBL first team ready and trying to get a boost in the second-half season?

To answer that question above, we will briefly outline each teams’ current/ potential weakness, hopefully this will provide some insight for the draft next week.

But having said all this, with the CPBL being a four-team league, there is always the strategy of picking the best player that is available, regardless of his position.

We have put together a mock draft for the first two round, along with some quick facts about the players. Without further ado, here is our 2018 CPBL Draft predictions.

It is not a secret that the Fubon Guardians love signing players with previous overseas experiences. The 31-year-old former MLB and NPB flamethrower 李振昌 (C.C Lee) will be perfect for the Guardians.

Lee will be able to contribute straight away in the second-half season as the late inning reliever, and maybe we will even see the Guardians try to convert him into a starting pitcher in the future.

Gu Lin Ruei-Yang is considered as one of the top high school pitching prospects. The 18-year-old right-handed pitcher can hit 147kph with his fastball and have a good command of his breaking pitches (Curve, slider, sinker, changeup and forkball). He has all the necessary tools to develop into a starting pitcher.

One of the most balanced high school catcher coming into this year’s draft. Based on the scouting reports, defensively speaking, Tai is good enough to start in the CPBL first team, and is projecting to be the Lamigo Monkeys’ power hitting catcher 林泓育 (Lin Hung-Yu).

The primary catcher of the National Taiwan Sport University, with previous experience playing for Taiwan’s U-23 national team. Known to be a line-drive hitter, above average plate discipline and blocking ability. Kao is considered to be CPBL first team ready.

Represented Team Taiwan in the 2017 Summer Universiade. Great plate discipline and quick swing. With his above average speed, Wang is the kind of player that is able to reach on base safely once he puts the ball in play.

Former Cleveland Indians farmhand, able to hit 153kph with his fastball. Chen is considered to be CPBL first team ready and should see Chen pitch out of the Brothers’ bullpen towards the end of the second-half season.

Known for his raw power and arm strength behind the home plate. Li still need a bit more time to develop before he is CPBL first team ready, which is perfect for the Lamigo Monkeys.