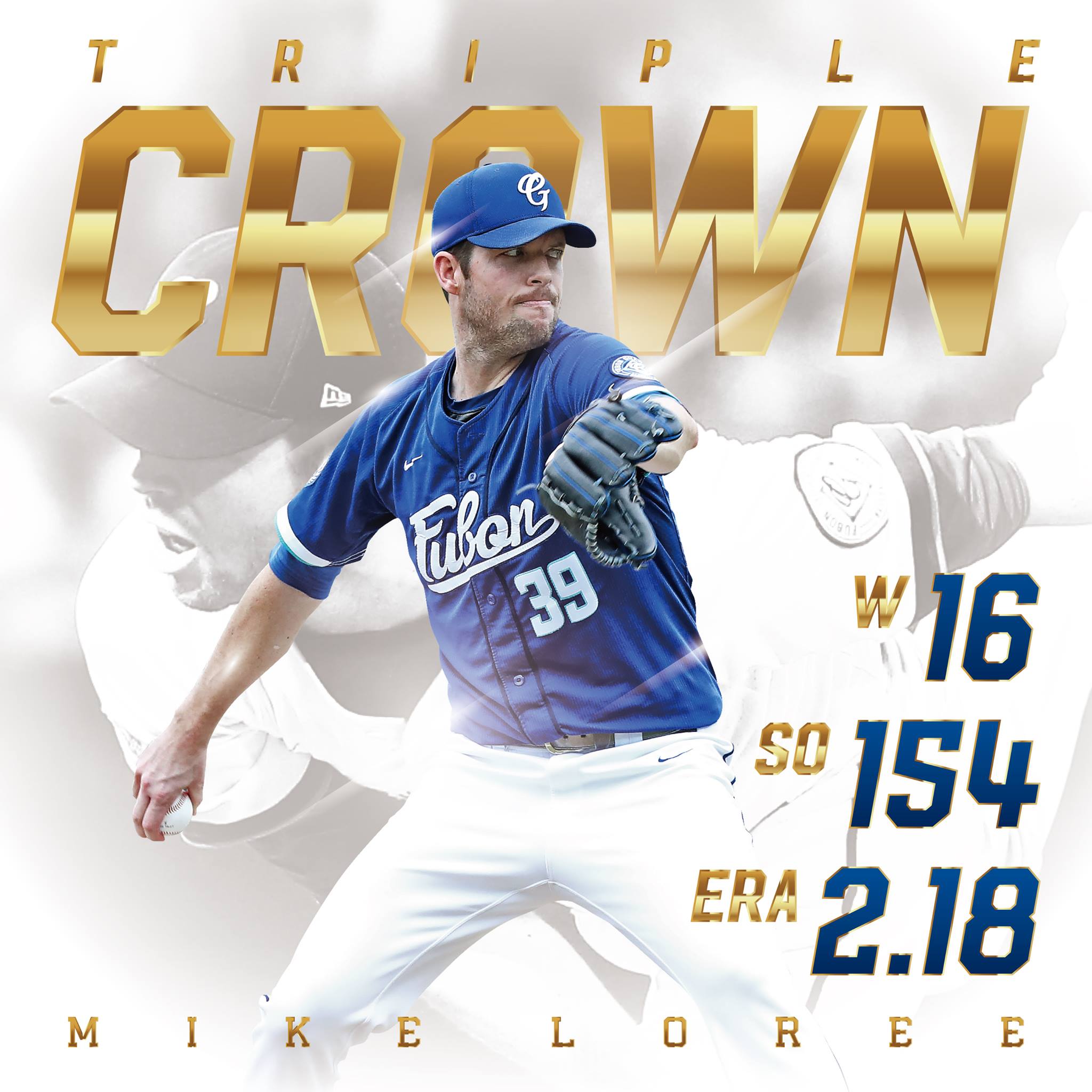 It’s another dominating season from Fubon Guardians’ ace Mike Loree.  As the 32-year-old RHP will take home the CPBL pitching Triple Crown title this season.  This will be Loree’s 2nd Triple Crown title in the last 3 seasons, and will be the 1st pitcher in CPBL history to win the triple crown twice.

“He (Mike Loree) strives to be the best, always gives 100% while playing in Taiwan.  For a foreign players like him to integrating in to Taiwanese lifestyle, it’s not an easy thing.  I wouldn’t say he is the best pitcher, but he is the hardest working pitcher I ever seen.  Definitely a role model for younger CPBL players”  Said Fubon Guardians manager Yeh.