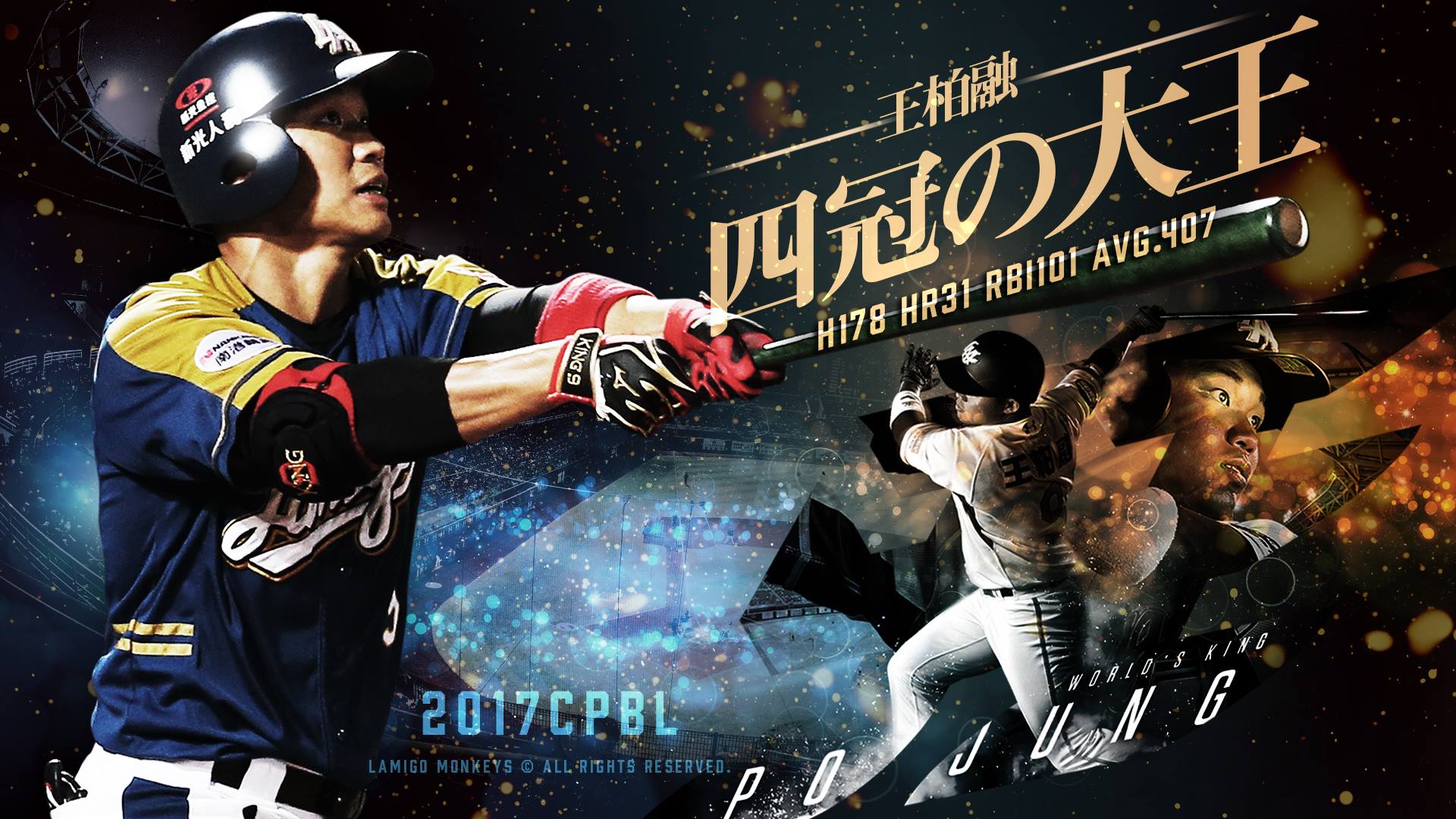 Forget about Triple Crown, meet your 2017 CPBL batting Quadruple Crown winner 王柏融 (Wang Po-Jung). After winning the 2016 CPBL MVP as a rookie, the Lamigo Monkeys’ hard-hitting youngster has managed to find even more room to improve in the 2017 season.

“It’s a perfect ending for the 2017 season reaching 101 RBI. I am satisfied with my performance this season,” said the 2017 CPBL batting Quadruple Crown winner 王柏融 (Wang Po-Jung). “The most important thing for me this year was to stay healthy the entire season.”

When asked how he felt being in the spotlight with all the NPB and MLB scouts watching him in the past two seasons, Wang replied, “It’s always my goal to play abroad. At this stage, I don’t want to overthink it. I just want to do my best to help the Monkeys and to showcase myself as a professional player.”

Another Monster Season From Wang Po-Jung

As we mentioned above, Wang dominated all the hitting categories in the 2017 season. By winning the prestigious batting title, this made Wang the second Triple Crown/ Quadruple Crown winner in CPBL history.